Last winter I spent 2 months down in Antarctica with several other scientists. I made a lot of new friends and still keep in touch with many of them today. I am slated to go back for another season (this time 3 months), this November and will get to see several of these folks again.
Today when checking my mail, I received a postcard......from Greenland! That's right....the opposite end of the world, way up in the Northern Arctic.
The postcard was from friend and fellow WAIS Divide scientist Anais. Last season in Antarctica, Anais was affectionately given the title "mini-boss", as she was acting supervisor for the core handlers. Even though I wasn't officially a handler and there on a different science number, I still thought of her as the person to go to with questions, since she had been to WAIS divide the previous season.
It's funny how when you go to a new place, with all new people, there are always a few that just seem to bring out the good in everyone, and make even the worst days seem fun. Anais was that person at WAIS.
It turns out that she was able to pick up an empty spot core handling up at the NEEM camp in Greenland this past summer. The NEEM site is run by the Centre for Ice And Climate out of the University of Copenhagen. It was a very specific site chosen because of the ice located down near the bedrock. Using seismic surveys, it was determined that if a core were drilled at this specific site, ice from the previous interglacial period (The Eemian), could be recovered. The name NEEM was given to the site because it is in Northern Greenland and will recover Eemian Ice. North EEM -> NEEM. Here's where it is roughly: 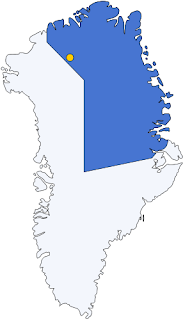 Here's the blurb from the NEEM website:
The NEEM ice coring project

During 2007-2011, a team of ice core researchers will drill through the ice sheet in North-West Greenland to retrieve ice from the previous interglacial, the Eemian, which ended about 115,000 years ago. Ice core samples from the Eemian will contribute to the understanding of the dynamics of climate under conditions similar to those of a future warming climate. The need for a new ice core

None of the former deep ice cores from Greenland (Camp Century, DYE-3, GRIP, GRIP2, or NGRIP) contains complete and undisturbed layers from the Eemian, because the layers have either melted or have been disturbed by ice flow close to the bedrock.

Greenland temperatures were about 3-5°C warmer higher than present during the Eemian, making the Eemian a useful analogue to the future climate, which due to global warming is projected to warm by 2-4°C per century. By understanding how the Eemian climate evolved, we can improve our ability to make projections for how our current climate will evolve in the future. 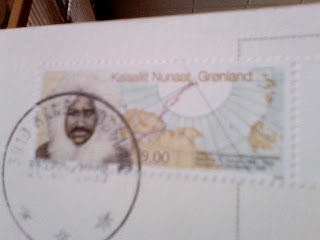 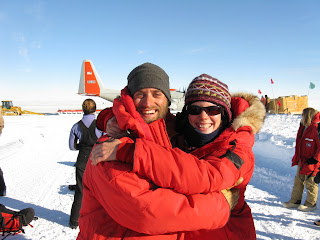