Having Some Fun at the Tussey mOUnTaiNBACK 50 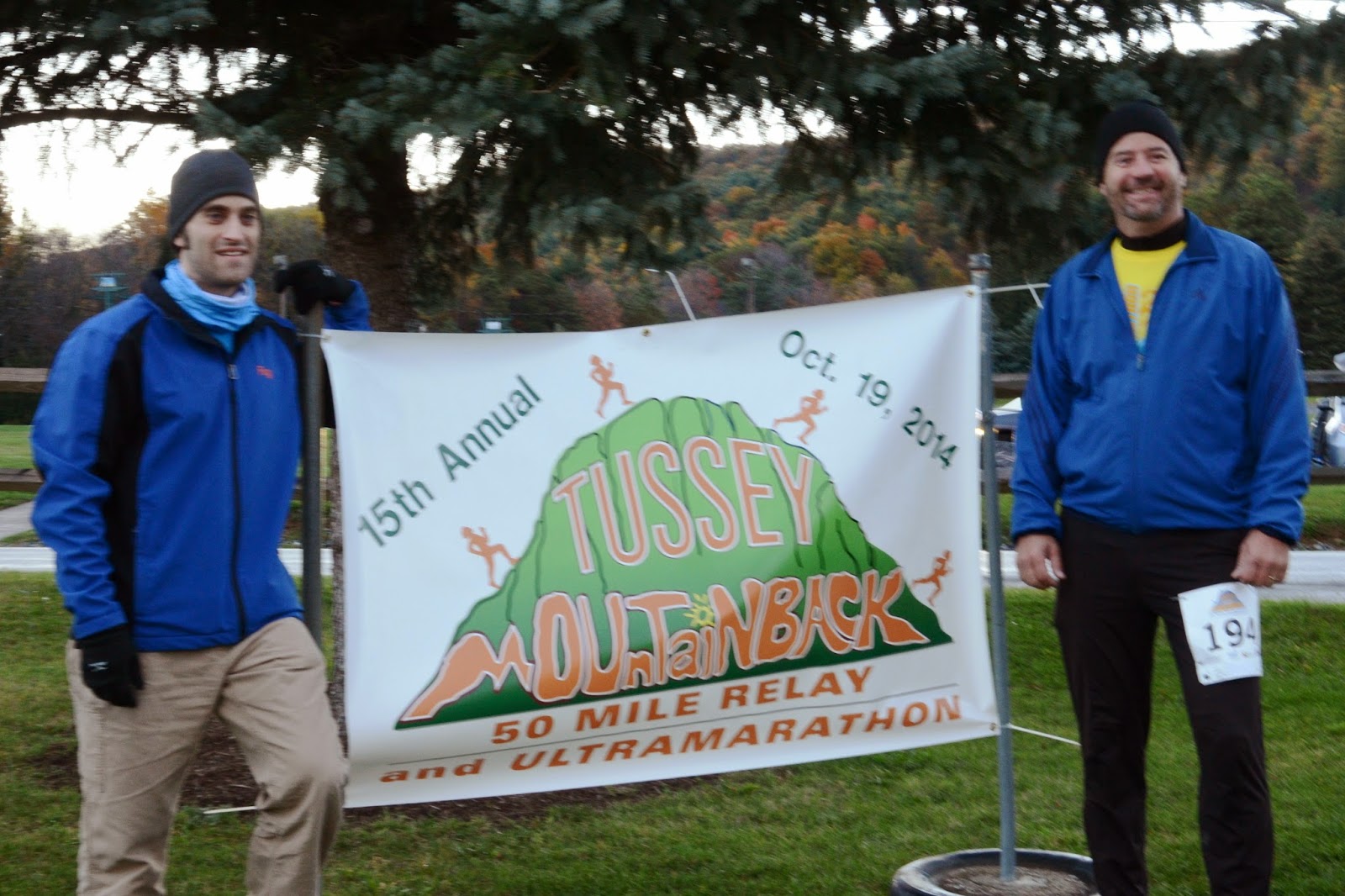 At the start (pics: L. Pringle)

This past weekend, the running of my hometown ultra took place:  The Tussey 50.  I've run this event a couple of times, but had no intention of doing the full 50 again this year for many reasons; mostly due to lack of fitness and oil creek being only 1 week prior.  With that said though, I still had planned to help volunteer handing out race packets to the runners the night before as the race hotel is only about a mile from my apartment.

This year, after receiving some last minute email requests from the race director, I also decided to help put out race markings on Saturday morning.  While driving the course, and placing directional arrows, I got to talking with one of the other volunteers:  John P.  We chatted about the race this year and I made it clear that I wasn't running, but would very much miss being out there on Sunday.  The week before I had sent out an email to the local running club to see if anyone still needed a relay-team member, but no one responded.  I had hoped maybe I would still be able to run a leg or two.  As I recounted my story to John P., he informed me that he was supposed to run the 12-leg course with his daughter as part of a 2-person team (also called a "supra-team").  She had hurt her ankle earlier in the week however, and would not be able to run.  After her explained that they were just going to run for fun, and didn't care at all about time, I jokingly told him that I'd be happy to run in her place on his team.

Quite simply, the experience turned out to be exactly what I had wanted.  It was an absolute blast getting to run 4-6 mile segments, and then resting for 40-60 minutes.  Each time I got out of the car to trade off at the transition zones, it was like I was headed out for another easy-pace 5 miler.  I loved it and never ran faster than an 8-minute mile.  Together, we still finished the race in just over 8 hours which was absolutely fantastic considering both of us were really just out for some easy jogging.  The weather was perfect to boot!

So my hat goes off to Mr. John P. for allowing to hop in as a part of his team at the absolute last minute.  I had always wanted to try Tussey as a part of a relay, and this turned out to be exactly what I was hoping for.  So, thanks again John, and may we cross paths on the roads and trails again. 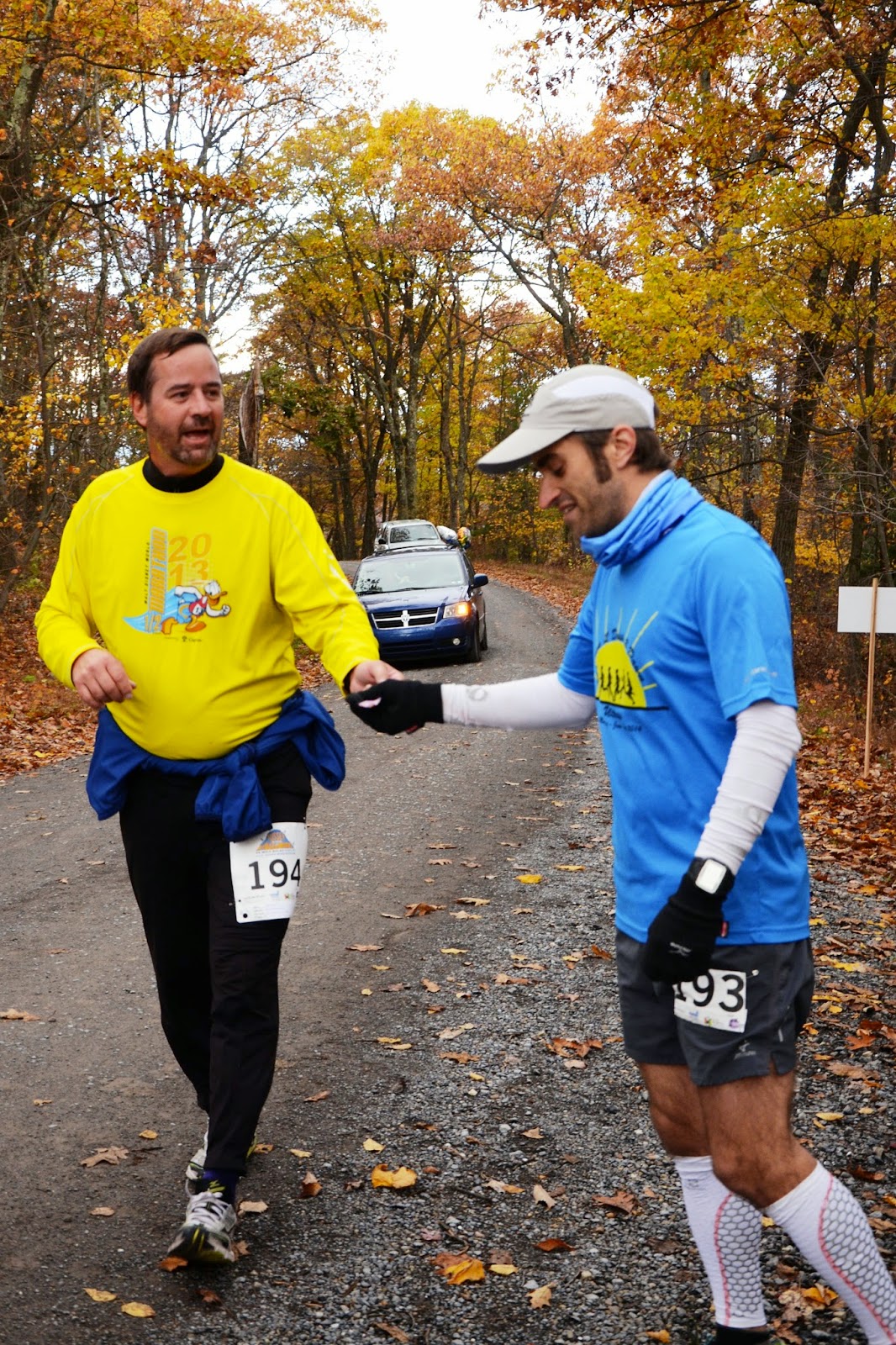 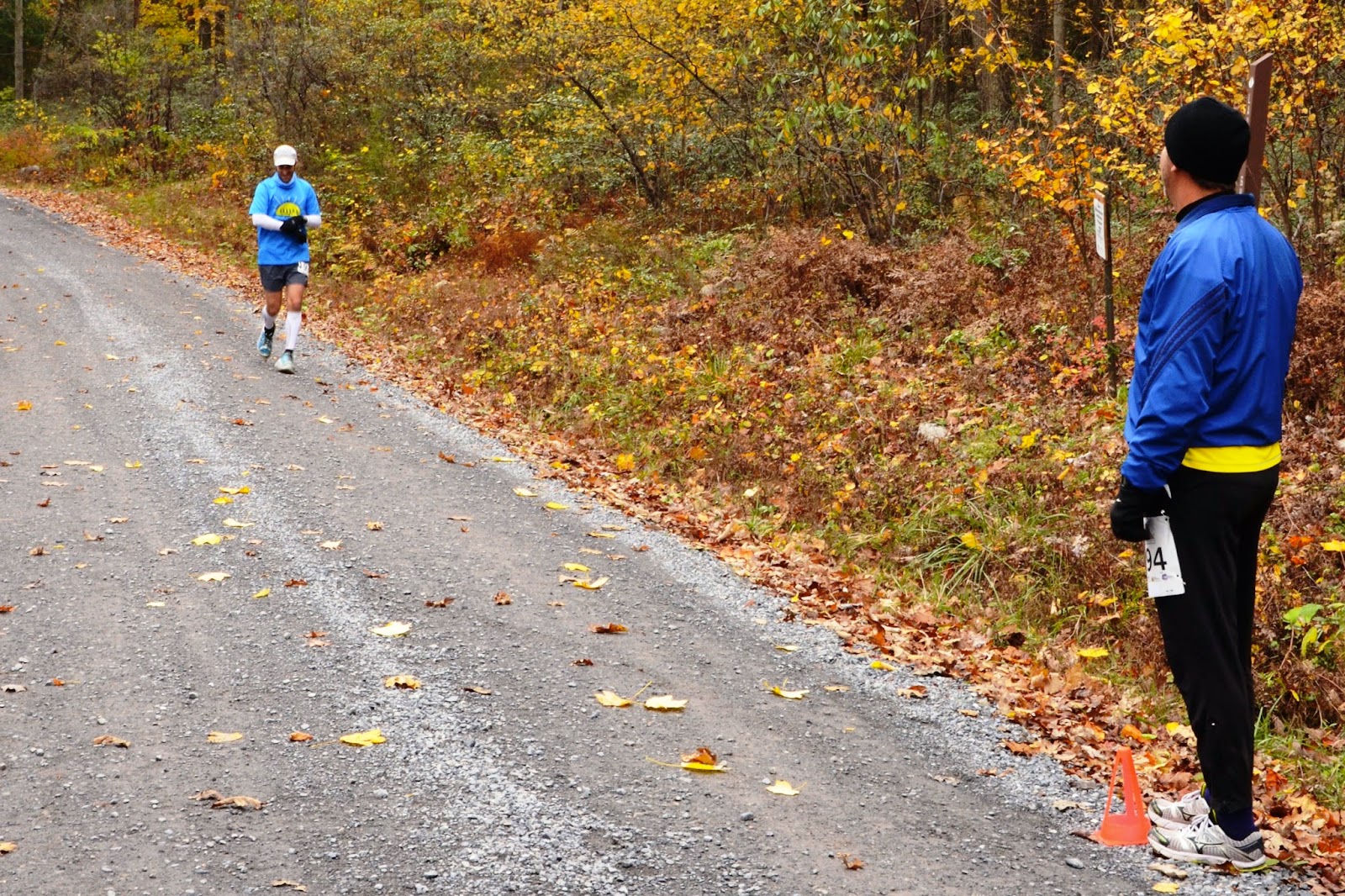 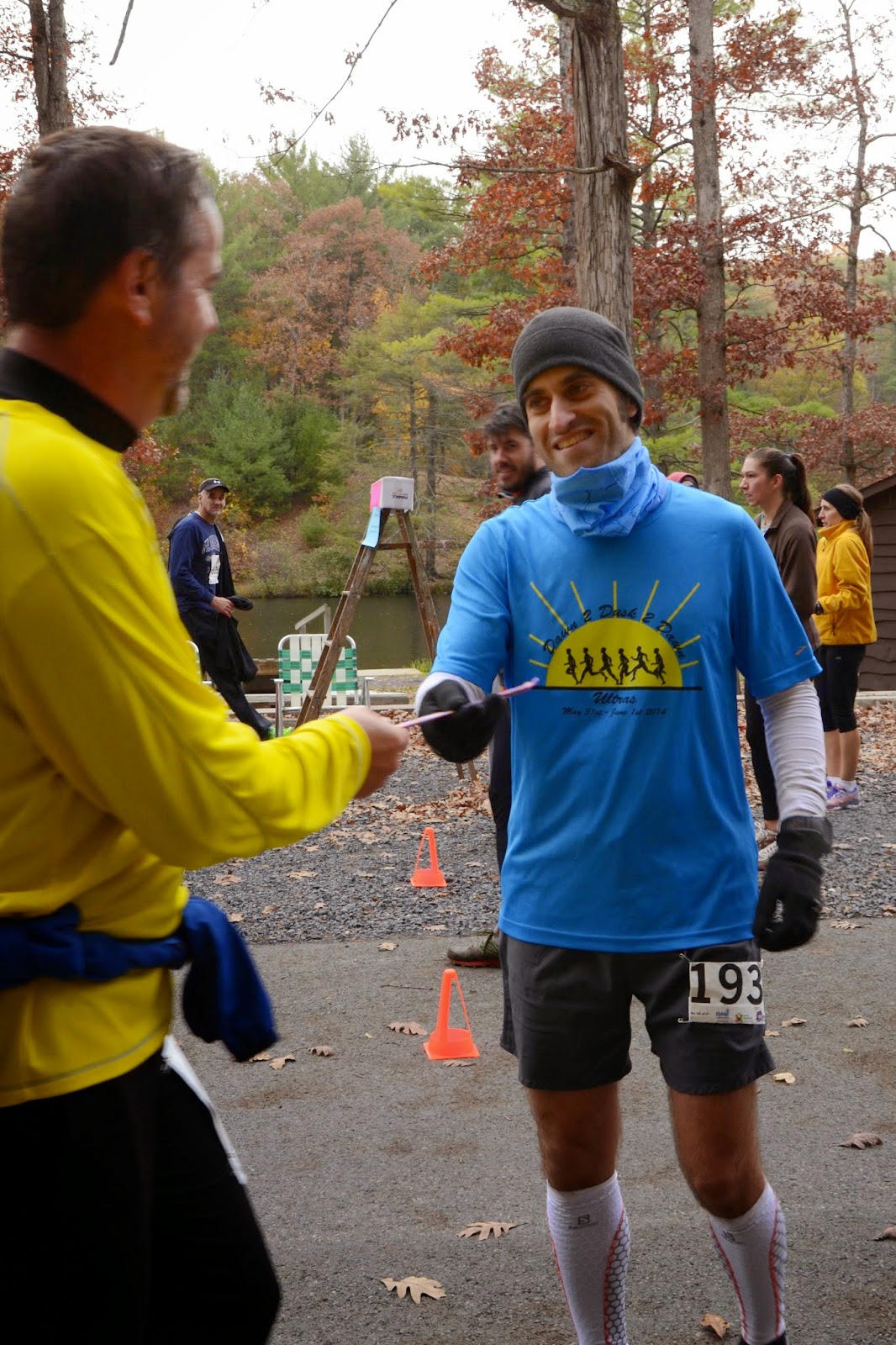 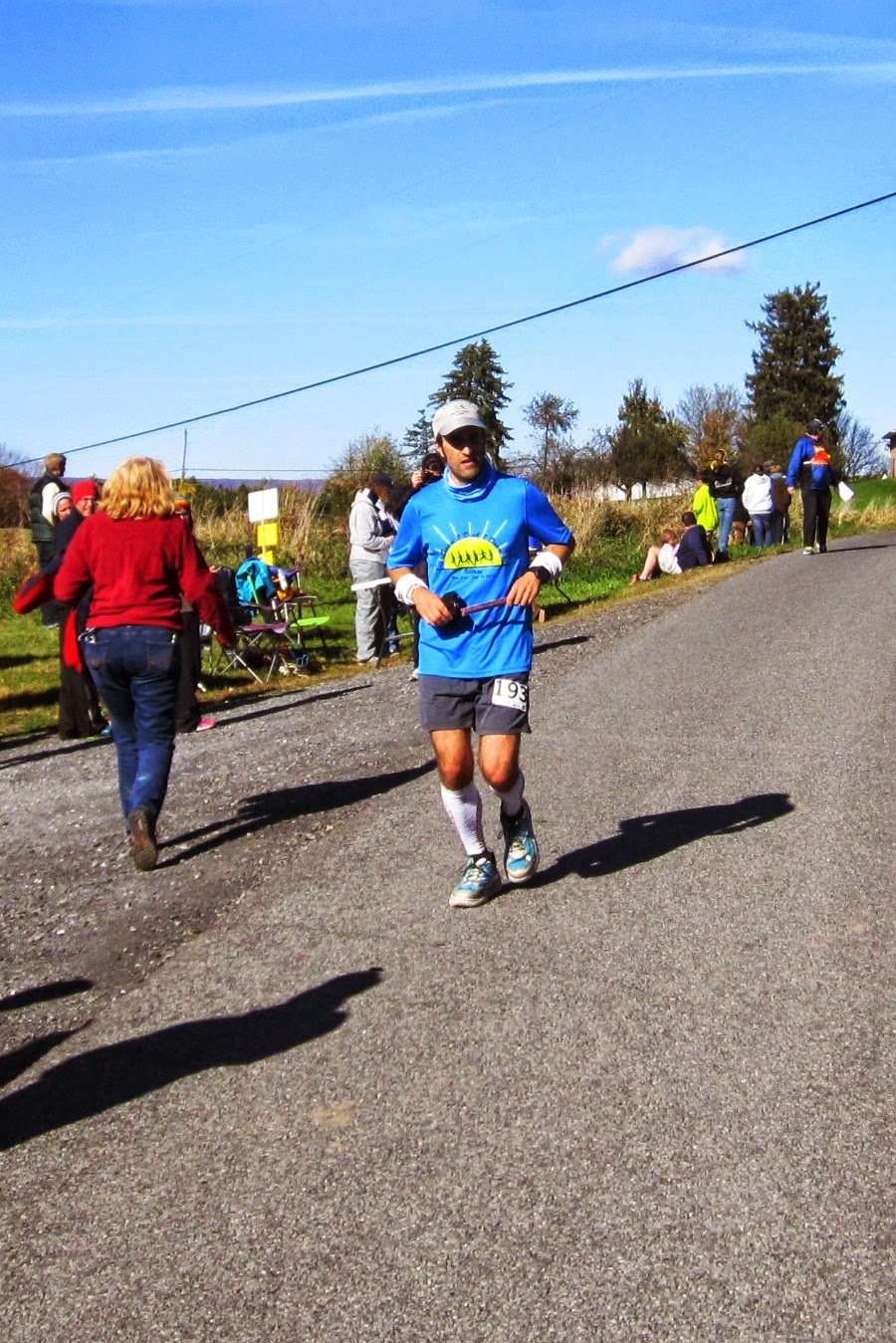 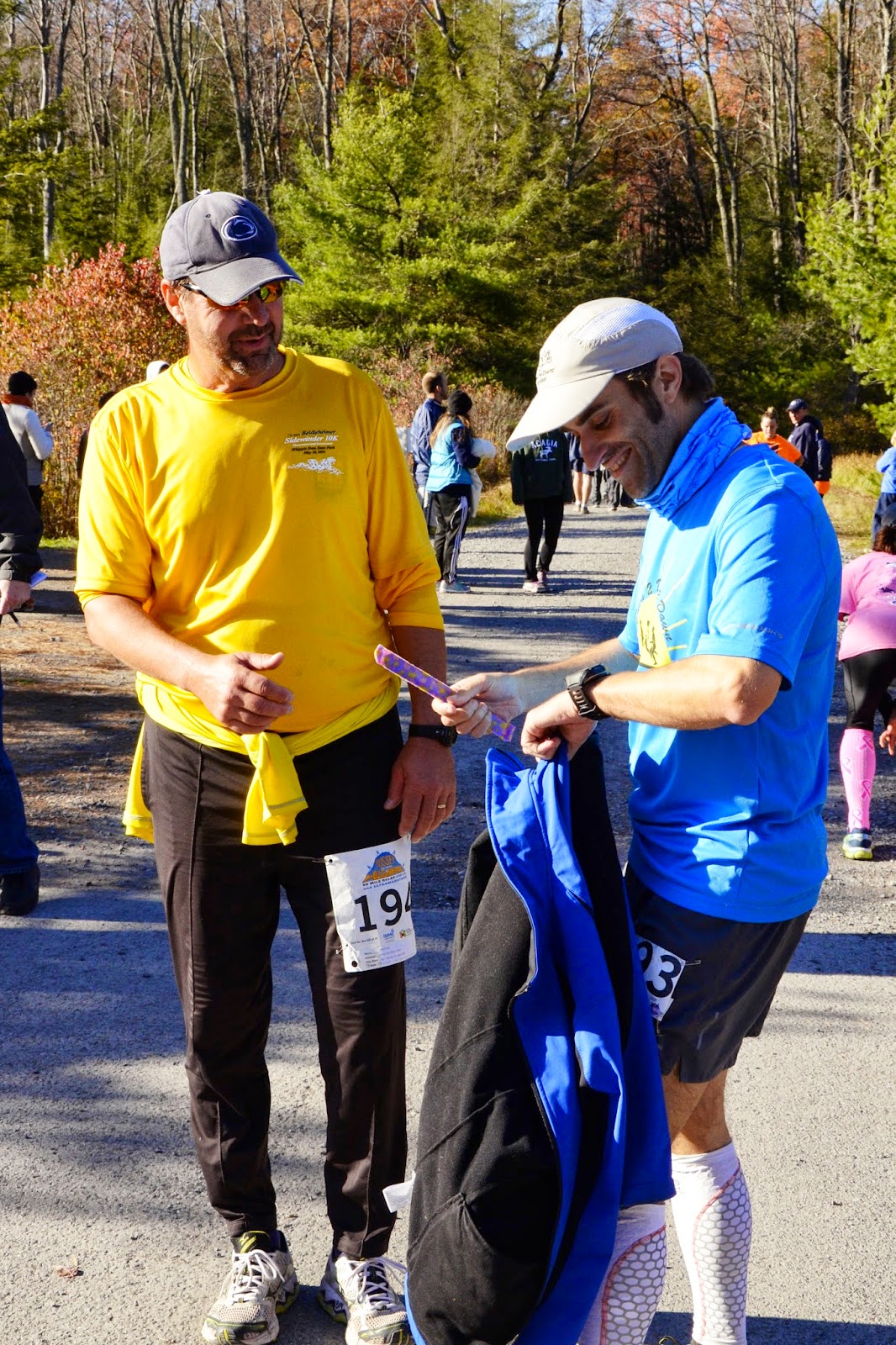 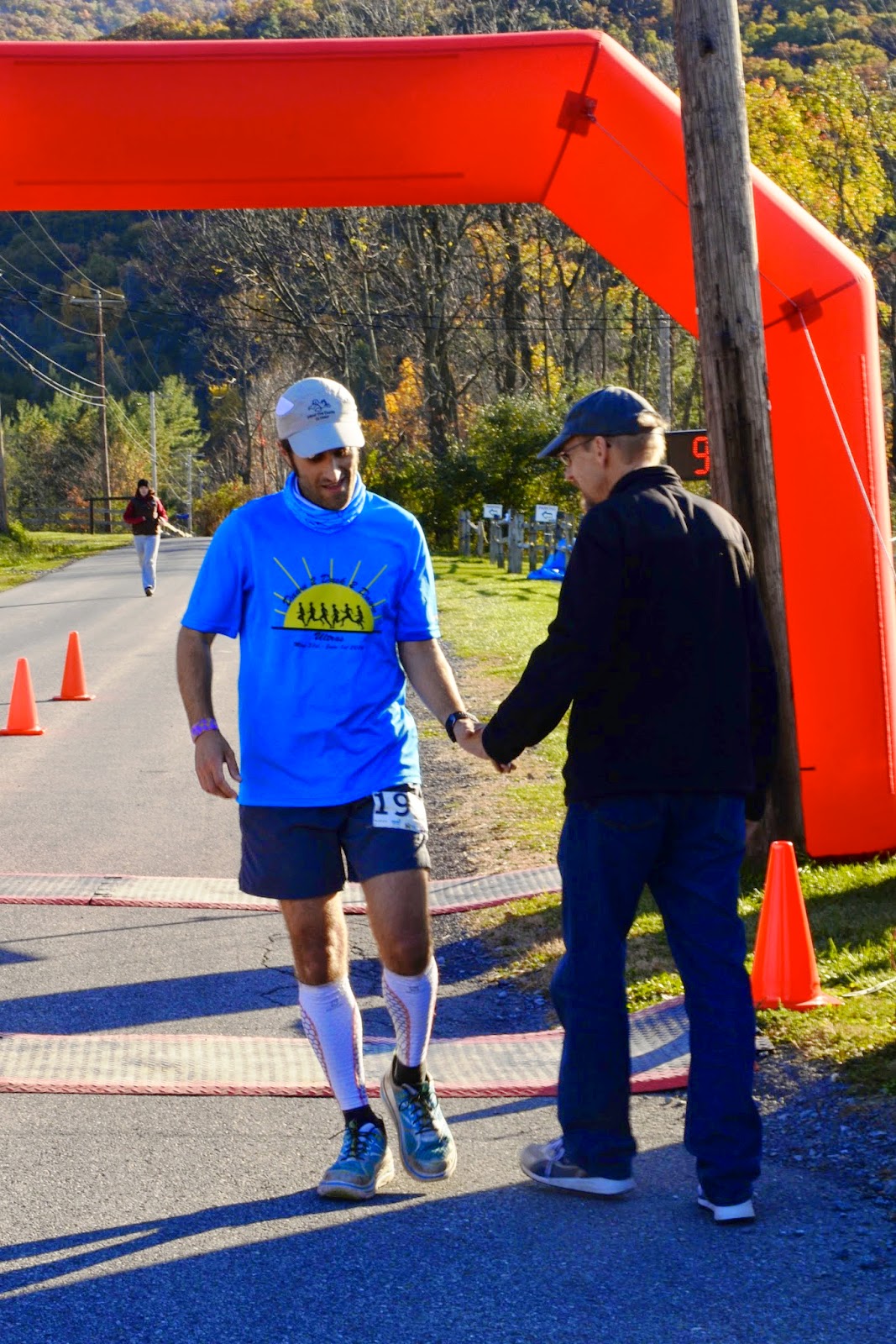 Now that you got your doctorate, you started wearing t-shirts? Are you normal now? Why were you wearing collar shirts before?

ha! yes good observation. The real answer to this question is that I liked that old ratty collar shirt during the hot months as it ventilated nicely and allowed me to unbutton it. Since it's getting chillier, I find the running shirts (especially merino) work a little better. Sadly, my favourite $1 thrift store collar shirt has pretty much met its end too. :-(