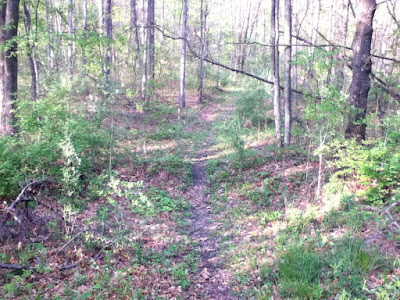 For almost 8 years while attending graduate school, I called State College Pennsylvania my "home". I lived in the same tiny one-bedroom apartment for those entire 8 years, and settled in nicely to life there.  Before that, I lived for over 10 years in Ohio, calling Cleveland my home. Going back even further, I spent 17 years of my life outside of Rochester New York, in the small suburb of West Webster....calling it, "home".

But, starting last year, and for the first time in my life, I had started to feel somewhat "homeless".  My new job and living situations were complicated and required a lot of commuting back and forth between multiple cities and states. In addition, between field deployments and lab deployments, I never really had a sense of "home" any longer.  I hadn't really noticed it at the time, but slowly I began to realize that I just didn't feel settled anywhere just yet.  I was constantly driving back and forth between Vermont and Massachusetts...and living between two apartments. I loved both places immensely, but would often ask myself, which one was really my home?  Certainly most of my "stuff" (junk really), was in my small VT place, and I was spending more days a week there....but my heart was in MA, with my other half. Long distance commuting is hard.  I took me months to get all of my telework arrangements finalized, but only recently have I finally been able to slowly decrease the number of days I spend in VT...and actually spend at least 5 nights a week in MA.

Throughout all of this though, one thing has remained fairly constant.  My running.  Whether in VT or MA, I do my best to get out and run on the roads and trails around me.  It didn't take long to establish my standard routes in both places either. My "usuals", as I like to call them.  Oh tonight I'll do the "Quechee Loop w/Bypass" and then tomorrow the "Auburndale Loop".  You know those routes...I'm sure you have them too.  The ol' stand-bys.

When I was in State College, I had my absolute stand-by route. The Out-n-Back on the bike bath past the golf course. No matter how rough of a day I had, I always knew that if I did my out-n-back down the trail past the golf course, that things were going to be just fine. It was on this little trail, that my true sense of "home" was realized. It was also on this trail where I would settle my mind and tackle the tough questions that were bothering me...particularly related to my thesis.  Many sections of my dissertation were pondered and sorted-out in my head over the course of my little out-n-back.  Sure I had other trails and roads that I ran often too, and I definitely spent countless hours in Rothrock State Forest, but this one was my "old friend".  It was also along this route that I would see that little path that veered off at mile 2 into the woods, that became affectionately known as my "goat-path". I wrote an entire post about that little path, and about the one day that I finally decided to explore it. 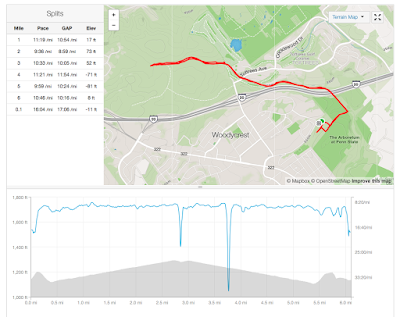 My little Out-n-Back in Pennsylvania.

Recently, as I was at about mile 2 of my run outside my home near Boston the other day, something interesting happened. I noticed that little root that I always see on the turn by the river.  Then I anticipated the rotting board on the little foot bridge over the creek. On my way round the turn by the park bench, I stepped up over that big rock that just sits so awkwardly there.  On the loop turn near the end of the cul-du-sac, I stopped to peer out at "Fox Island" sitting so perfectly in the middle of the Charles River.  Then I made the turn up that bugger-of-a-hill by the swamp and towards the road, being careful of that spot on the trail with the gnarly roots.  On my way down River Street, I passed that silly house with the weird statue, and then topped it all off with my favorite 1-mile mini-loop: "Dolan Pond Loop"...

Somewhere along the line, over the past 18 months, I had finally found my new "stand-by". It just sort of happened. I smiled as I made my way through this run, with a strange sense of contentment, as I just knew, somehow, that this was to be my route. It was the first time in all of the chaos of moving and commuting and post-grad-school life, that I felt I was finally home.

The next night I went out and re-ran the loop again, just to see the feeling was ephemeral, or if it was in fact genuine. I was elated that the feeling had not diminished.

My wee-little Auburndale Loop had become my new...."old friend". 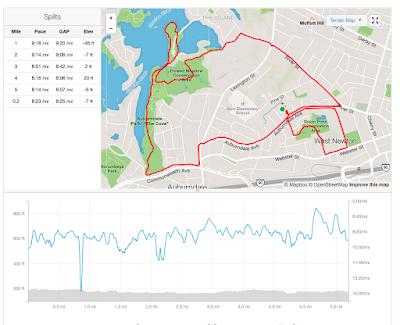 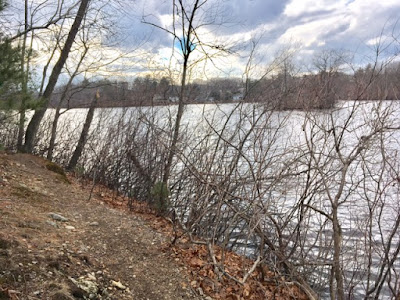 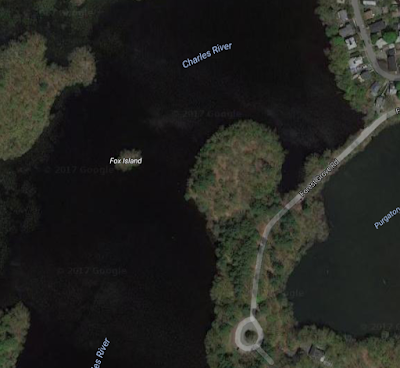 Fox Island seen from above 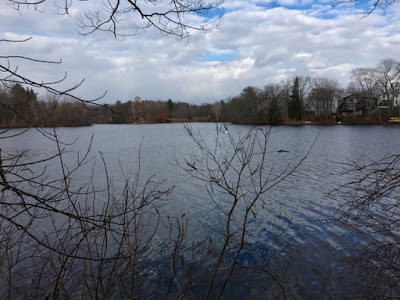 Another view of the Charles River 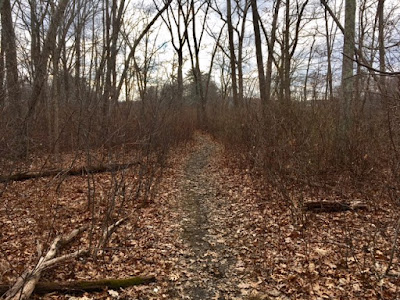 That "soft" part of the trail 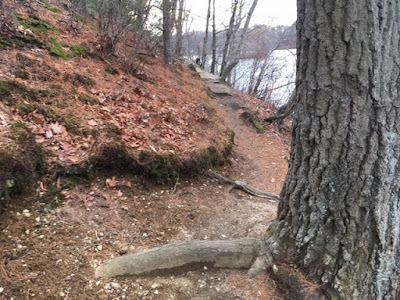 The fun "root hop" section along the river's edge 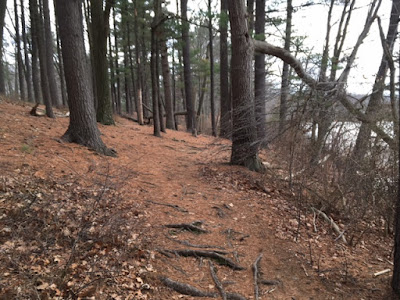 The smell of pine needles always gets me here 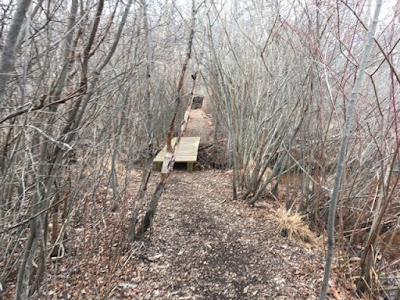 The hidden little foot bridge over the creek 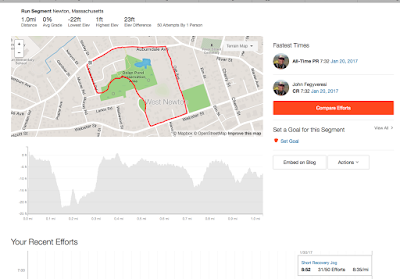 Great post! I can relate to the feeling of not having a home, or not being sure where "home" really is, and to the joy of finding a new "old friend" running route. (Right now it's Millbrook Marsh for me.)