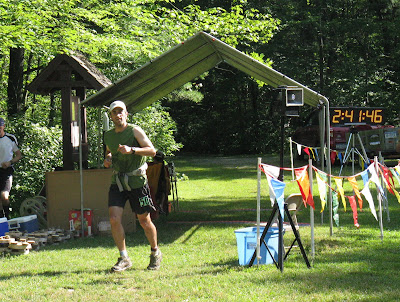 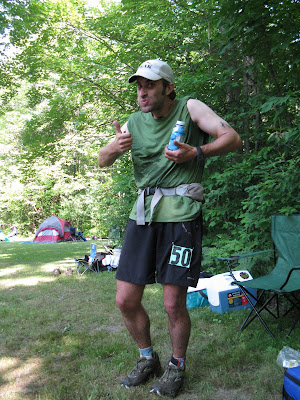 After Loop 1, taking a break, mouthful of food 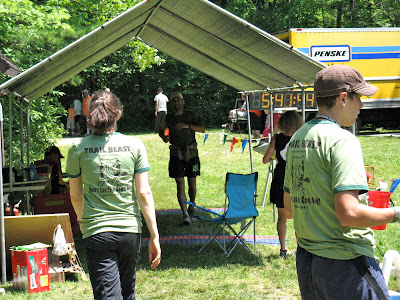 Coming in after Lap 2 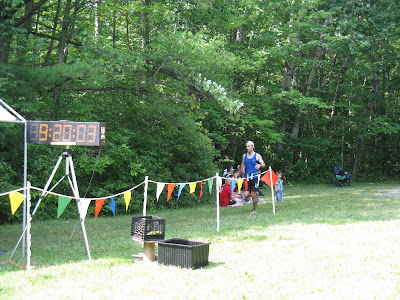 Coming in to finish! 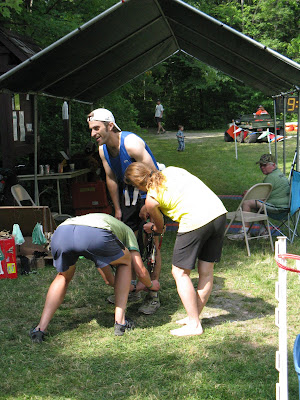 Done!  Getting my timing chip removed 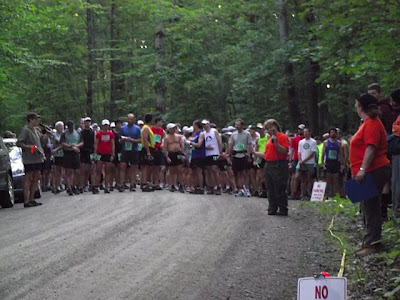 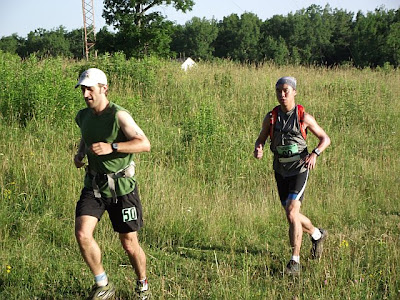 Somewhere early on in Lap 1 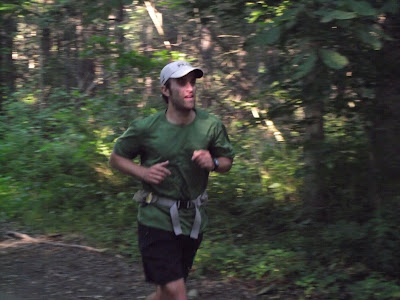 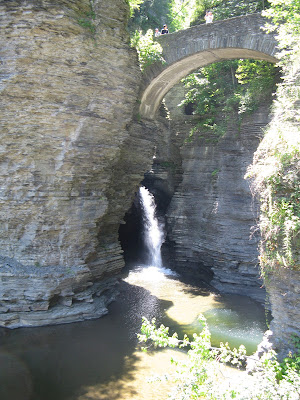 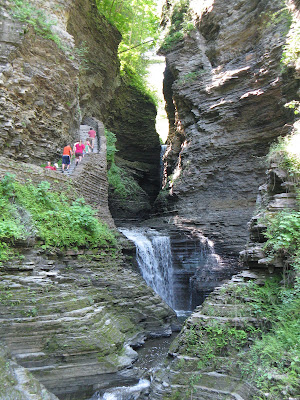 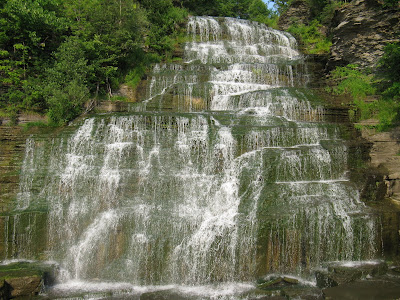 Awesome Waterfall alongside Seneca Lake
Posted by Lakewood at 4:27 PM

Congrats on a great race. Sounded like a brutally hot day. We were really disappointed to be sick and not make it down, but hope to maybe next year. Would have loved to have seen the new section of trails, and without mud.

Wonky stomach isn't fun. Usually an electrolyte issue with me. S-Caps have helped a lot and, yes Ginger is fantastic stuff.

Probably best to have waited on the xray as it might not have showed anything on the first couple of weeks. Should know if there's an issue. Good luck and recover well.

Congrats on your race! I think I've met you before - I know we've run some of the same races, including Rothrock. I ran the FL50s 25K in 2006 and came back for the 50K this year. I enjoyed reading your report and hope your foot heals well and that you are able to run VT100.

Derrick and Sara,
Sorry I didn't get to see you guys this year. I looked for you, but figured you may have decided to stay home after reading Sara's last posting.

I tried to keep up on the salt tabs, but you are most likely right as I was sweating a lot. I started eating a lot more pretzels at the aid stations too, and that seemed to help. Having just spent 3 weeks in Colorado, I forgot how humid it gets back east.

You guys should definitely come next year. You'll love the new course and I'm sure you'd both have great times and/or wins. As usual, Chris ran a great race. The camping was great, the campfire was replete with folk guitar playing, and the post-race food was incredible. Really is one of my favorites. There was still a fair amount of mud this year, but nothing like '09.

Not sure what to make of the foot, but I will finally suck it up and get the x-ray this week. It actually has been doing ok since Saturday.

I'm really excited to hear all about your Trans-Rockies run in August.

Tara,
Thanks! and yes I'm almost positive we've met at some NVRUN event somewhere. I didn't see you on Saturday, but I was tented kind of far away from the main group. How did you fare on the 50k? It's such a fun course isn't it? I will most assuredly see you again around town, and if you are ever looking for a slow running partner....let me know.

Nicely done, John! Way to tough it out on a brutal day. It was great to have you back for another FL50s and glad that you got to enjoy the new course. Great report; I so enjoy your writings and adventures. Rest and recover and I look forward to seeing you at VT100!

I had a great time. Considering I didn't train that well for the distance or the heat, I had a really good day on the trails. If you ever want to hit the trails in Rothrock, let me know!