Well...I'm still here in McMurdo and waiting to deploy to WAIS Divide. I've finished all of the mandatory training classes (including snowmobile -which was awesome) and shipped all of my science equipment out ahead of me. Several other scientists, core handlers and drillers have already made there way out there, but there's still a large bulk of people here also waiting to leave. There have been a lot of canceled flights due to weather.

So far I haven't had much free time until this afternoon. I've been so busy running from one building to another trying to get all of my cargo boxed up and sent correctly all while squeezing in multiple training sessions. But...thankfully, it looks like all that is done. I am going to attend an Outdoor Safetly Lecture tomorrow so that I can hike and x-country ski on some of the trails down here. (they won't let you until you attend the course). I was allowed to climb up observation hill, however. It's the one trail that is open to everyone. it's actually a pretty steep and rocky climb...but the views are amazing.

Here are some pics (very dumbed down for upload)

Glacier seen from the window of the C17 flying over Antarctica 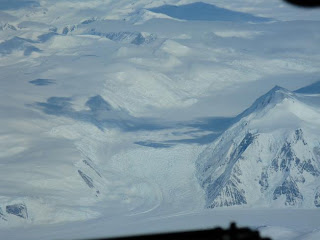 "Ivan" the "Terra Bus" bus picking us up at the airstrip 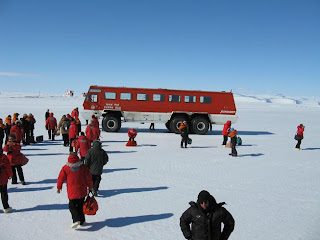 Mt. Erebus off in the distance (southernmost active volcano) 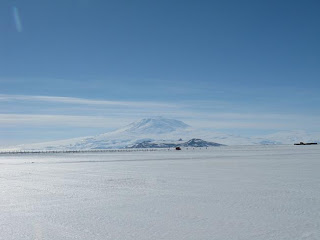 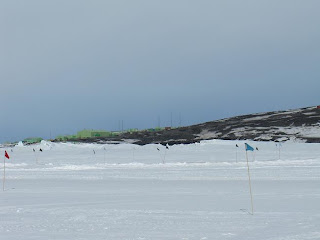 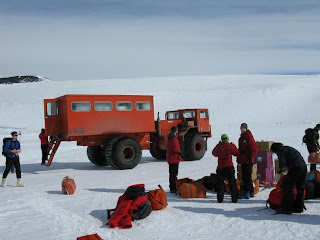 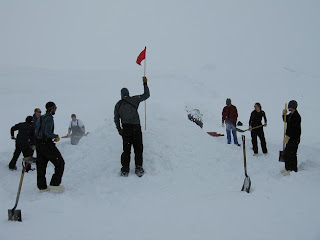 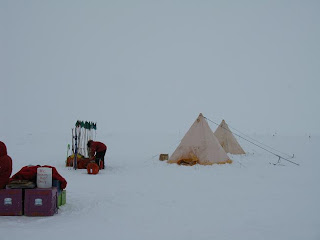 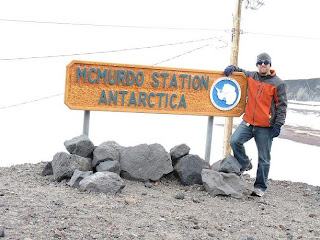 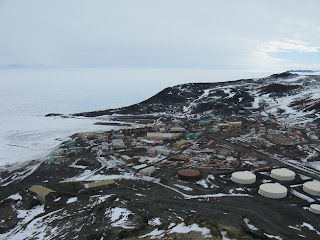 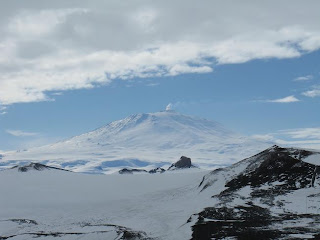 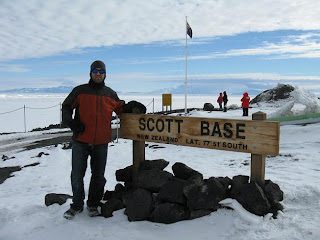