Hey everyone. This past Sunday we held the first annual WAIS divide coffee house and open mic. We had several people from camp perform music, poetry readings, and act out skits. It was quite a fun time. My fellow Penn Staters are here and have been busy getting their equipment ready for shipment out of here. They did have time though to squeeze in one seismic survey near camp (of which I was able to tag along for).

Yesterday was a sad day. 5 people left camp on the flight that arrived after lunch.....including Anaïs. Anaïs was also in kind of a hybrid role down here (kind of like me). She worked part time as the operating supervisor to the core handlers, and the other half of her time taking temperature measurements down the WDC05A ice core borehole. (for her research). Everyone here loved working with her and was sad she left. Luckily, her family flew all the way from France to meet her for some vacation in New Zealand, so I'm sure she'll have a great time there.

Not much else going on here. I'm now scheduled to leave WAIS for McMurdo next thursday or friday....and the rest of the core handlers are scheduled to head out the following monday and wednesday. A lot of people are starting to talk about what needs to happen to break down camp and people are getting a little bummed out that it's almost over.

Helping Huw (Penn State) out with a seismic survey 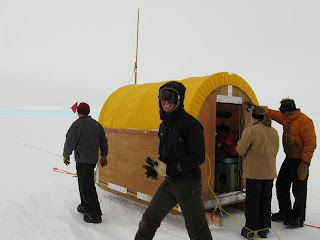 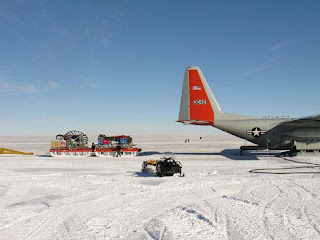 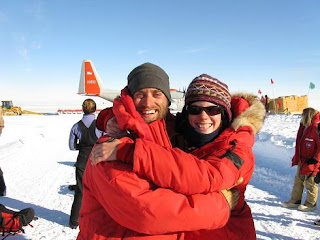 Someone having a little fun with a skidoo 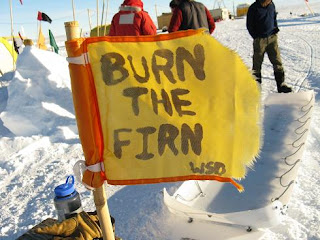 DUDE! Hows WAIS? Ive tried emailing you a ton of crap times but each time it gets sent back. is your USAP email canceled? Anyways I got to fly by to Christchurch on an Airbus in first class! We also did a corkscrew up to altitude to fly over Mt Erebus... 2 days prior to that I got to jump in on another project and actually go up Erebus.

See you in a few weeks. adios!