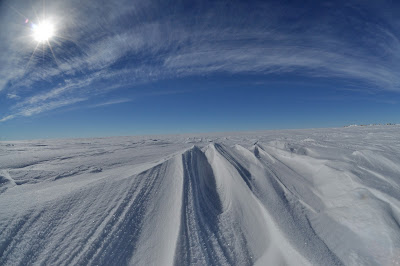 After going essentially non-stop for over a year, I have finally decided that I need some time to heal.  2012 was surely an unforgettable year for me; one that will likely stand alone when I look back on my book of life accomplishments.  But the nagging and annoying "tweaks" have been compounding.  As much as I try to wish things away, or tell myself that I don't get injured, the time has come to finally face some demons.  I unquestionably and absolutely battered my body this year.  There is no doubt about this fact.  I trained for Barkley, then ran it.  Less than three weeks later I was running a 50k, and then Massanutten two weeks after that.  Then came Finger Lakes, Badwater, Leadville, Pine Creek, and Oil Creek.  All the while I was putting in 50+ mile weeks without ever taking more than a day or two off.  There's only so much advil and ice can do.

I desperately want to run some great, NEW, races next year.  Depending on lotteries, this could include Hardrock, Western States, or various other venues.  I want to be healthy and enjoy my time on the trails.  I realize by taking time off, the body loses fitness, but this is the best time for me to take some down time.  I am headed to Antarctica in two weeks anyway, and I will have time once rested to ramp up again before the race season begins.  If I keep up the running, I'll never heal properly and just keep exacerbating existing problems.

There came a point on my run last week, around mile 5, where I realized I was hobbling with knee pain, always careful of how I was pushing off with my right big toe (so as not to make it "bite"), while also wearing my Hokas so that my heel wouldn't hurt too much.  I quite literally stopped in the middle of the trail about a half-mile from my apartment, having an epiphany of sorts, while in utter amazement at how ridiculously stupid I was being.  I walked home cursing myself the entire way and asking the oh-so-poingnant question of "what kind of idiot runs on three nagging injuries?"

Just a few weeks ago I was reading a story about the U.S Running Streak Association.  I was in utter disbelief with the fact that there are people out there, so stubborn, that they have run at least one mile every day since before I was born.  I realize some people call this dedication...and perhaps it starts that way.  But somewhere along the line, after a few years, it turns into an obsessive compulsive disorder.  I was reading stories in the forums about how people ran in place on planes as they crossed international date-lines so that they didn't "miss a day".  I saw people explaining the logic to purposely stalling the finishing of a 100 miler so that they finished after midnight...thereby logging at least one mile the next calendar day.  I read, jaw agape, at how people run through airports or in bathrooms to make their miles.  I read about people running with broken feet, or legs.  People running while sick with the flu, with 102 degree temps, or immediately after surgeries.  I read about how people stress about accidentally falling asleep and breaking their 20-year streaks.  It is absolutely an obsessive compulsive disorder.  I cannot fathom running for a reason like this...especially one that taps into such an obsessive personality trait.  I think running a streak could be fun, and exciting....but keeping a streak for decades becomes a way of life and a commitment that I simply cannot comprehend.

And yet here I am running on a three injuries.  What the hell for?  I run because I love being outdoors, and staying in shape.  This can be done by hiking, biking, roller blading, whatever.  And so here we are....today.  Up until now, I've sort-of convinced myself that I'll just be relegated to running with pain from now on.  But that is not the right attitude.  My body is trying to tell me something, and I haven't been listening.  I am now.

I am taking some time off.  I will ride my bike and I will enjoy some easy hikes on local trails...but these running legs are taking a wee break.  How long?  Don't know...until things feel right.

For now...it's time to head off to my 2nd home on the icy continent down below. 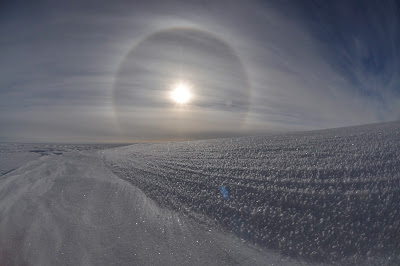 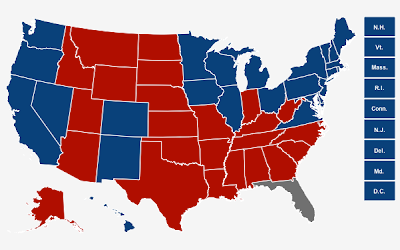 Talking politics on what is normally an "outdoors" and/or "hiking/running" blog can be quite risky.  Any time you elect to bring up a subject where people's beliefs weigh heavily into the discussion, means you will likely get many, shall we say, "spirited" comments.  Still after sitting through last night's results, and thinking a lot about how various races turned out, I've been thinking a lot about what it all might be telling us about the evolving mindset of our nation....and why perhaps so many GOP candidates find themselves on the losing end of their respective battles.  Over the past 6 months or so, I've tried to be very open-minded about the campaign and the politics leading into yesterday's elections.  I've listened to a lot of NPR, read a lot of web commentary (from both sides), and have listened to heavily conservative news radio. I am a registered independent and I want to hear what everyone is thinking.  I have even peeked in on the the cooky and fringe sites that exist on both sides of the aisle....you know the ones.  Crazy conspiracies abound.  In all of my reading, I've found genuine concerns and noble ideas from both sides of the spectrum.

It's pretty clear that the GOP took a bit of a blow last night.  True, the Republicans will maintain their slight majority in the House, but in general, last night was a big win for the Democrats.  On most of the websites I read this morning I keep seeing the same question, "Why did the Republicans Lose?".  Not so much, "Why did the Democrats Win?" So after compiling my thoughts this morning after the results have all been tallied, here is my own answer that I've come up with to that question.   Obviously this is my opinion alone, and is only meant as food-for-thought.

Why did Republicans Lose Last Night?
I think what remains eerily unsettling though, is that in the very first few hours following the election results, there is already talk amongst the conservative right of launching an all out, crossed-arms, foot-stomping, stubborn blocking-style Congress to anything and everything that the Senate or President puts forth.  Nevermind the will of the people that the government is supposed to represent, nevermind the civic duty of those elected, but instead....lets act like stubborn and bratty children and not agree to work together on anything just because you didn't get your way.  When Olympia Snowe retired from the Senate last year, she said her reason was because Congress had become so toxic and unwilling to compromise, that she just couldn't handle it any more....despite the fact that she loved being a Senator.  Olympia was a Republican, that often voted or worked with Democrats.  A true and honest compromiser.  Hearing this can only make the rest of us independents more dejected.

So I pose to you...Congress:  Rise above the temptation to be obstinate and uncompromising.  There is a reason that Congress has less than a 20% approval rating.  People voted yesterday the way they did, and it should be sending you a strong message.  I know that Republicans and Democrats will likely not agree on much...but please....be willing to work across the aisle and listen to what the country is telling you.  This goes for you too Democrats.  You must be willing to compromise.  It's time to evolve, and accept that the younger generation is simply more progressive.  There is much value in many conservative ideals.  I, myself, ascribe to many.  It seems that last night people told the GOP that while being more fiscally conservative is good, you need to also be more moderate or progressive on social issues.  We don't live in the 1700's anymore.  Time brings changes, and societies grow, change and, evolve.  So we must evolve together, including those conservative ideals, or the Republican Party may continue to drift farther from relevance and continue to lose in the future.

....and I definitely welcome comments, but do please be civil.  These are only my opinions and don't really mean diddly squat.  I simply brain-dumped on here to get my thoughts down on "paper" while they were still coherent.  Shoot for all I know, all these reasons are garbage and the real reason Republicans lost is because of the hack that all the Democrats installed on the voting machines.  See I can be a crazy conspirator too!   Muuhhaaaahaa.  ;-)