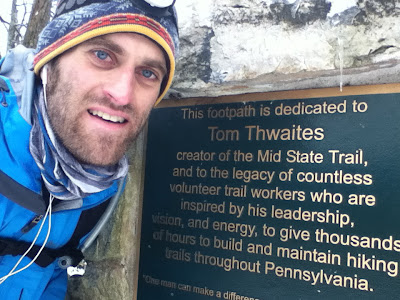 Well the time has come again for that "urge".  The overpowering urge to get outside, find a long trail as quickly as possible, abandon all reason, and get to some walkin'!  You fellow thru-hikers out there know what I'm talking about.   Spinger Fever is here (of course named after the AT's Springer Mountain).  Despite the obvious lack of "Spring" here yet in the Mid-Atlantic (I shake my angry grandpa fist at YOU Punxsutawny Phil!), that feeling has still come upon me...especially in light of the hours I've been spending staring at and processing ice-core sample images.  I have been in need of a good walkin' as of late, and just haven't gotten around to it yet.  Sure I've squeezed in my runs, and even some adventures like playing around on gas-lines, but the hiking has been non-existent.

Late last year I started toying with the idea of attempting an FKT somewhere.  I had a short period of time where I considered a record attempt on the Mid-State Trail, but when I realized that it was hunting season (which not only would be scary here in PA, but required reroutes from the actual trail), I lost interest.  In addition, my body was flippin' tired and I needed a break.  Needless to say, I still would really like to attempt an FKT this year.  Not sure where, or when, but this past weekend I decided it was again time to test out my FKT legs and satiate that Springer Fever all in one go by replaying my MST blitz from last Spring.  For those few of you that actually read this here journal, you may recall that last year as part of a training regimen, I decided to hike ~70 miles non-stop along the MST.  This was to "train" for sleep-deprivation, and compass navigation.  I purposely night-loaded the hike...meaning I set it up so that some difficult terrain would be tackled in the dark.  I avoided using my GPS for navigation and stuck strictly to map and compass.  It was a huge success, but it was also fairly, and unseasonably warm.  In general last Spring was a pretty big seasonal outlier.  I was pulling ticks off me in February.

This Spring (or should I say late-Winter)...a whole different story here in PA.  Exhaustingly cold, annoyingly snowy, and frighteningly icy all around.  I decided to have another go at the MST 70-miler, but this time my challenge would be to deal with the snow and ice, and try to improve on my time from last year.  My advantage of course was that I'd likely remember tricky spots (although a year is a long time, and 70 miles of trail do blend together)

While the entire escapade was a success, and it did indeed satiate (at least for now), that fever, I must say it was exhaustingly difficult dealing with all the snow.  When I finished last year, I was able to stay awake for the remainder of the day, thereby keeping myself up for over 36 hours.  This year, after a much shorter 30, I was out cold at home sleeping hard.  In addition, the temps were downright frigid.  I packed my big puffy Antarctica down coat, and man was I glad I had it.  The temps dropped down well into the teens, if not single digits along the ridges and I was chilled to say the least.  Another problem I had that I haven't dealt with in a very long time was keeping my water from freezing.  I had to constantly warm up my hydration tube to keep it from getting iced up.  Thankfully, the forecast is finally starting to show some warmer temps coming in later this week.  Hopefully they will be here to stay.  As far as a planned FKT event, well I haven't nailed anything down just yet, but I'm definitely pondering this a lot and this past weekend's walk certainly made me realize that I'm up for it...and quite capable. 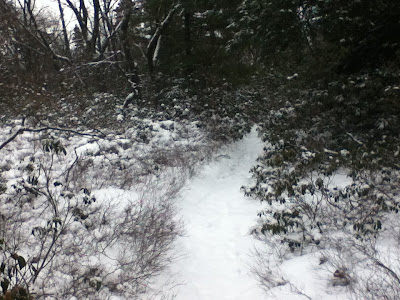 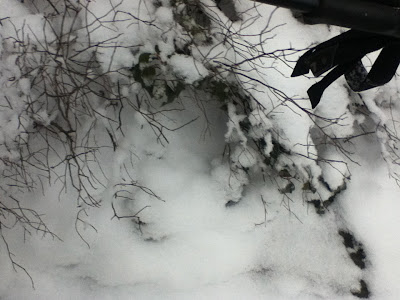 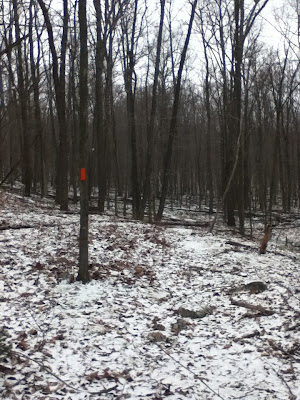 One of the more easily navigable sections 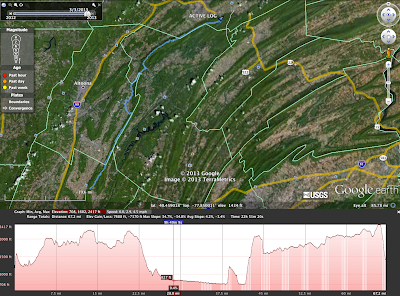 The Route and Profile.  Not very intimidating looking,
but it was rocky and snowy! 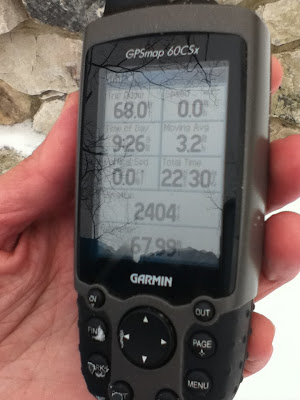 In other news, I had a rather strange experience on Friday night after I changed my facebook profile picture to an old classic.  This one: 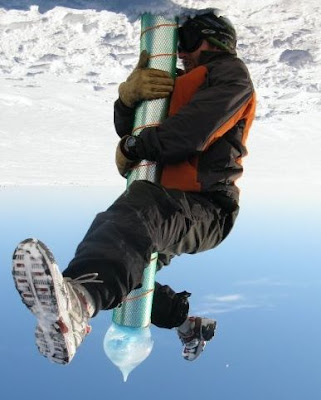 Back in the 2008/09 season down at WAIS Divide, a fellow grad student named Logan had an idea to build a WAIS Pole...similar to the South Pole (A sort-of barber-pole/santa claus style pole).  We used an ice core tube, some orange p-cord, and made a frozen blue ice ball for the top.  After it was set up, we decided to take some "upside-down" photos that played on the goofy idea that we were at the bottom of the earth, so we might "fall off!".  We both thought the pics would make for some fun when doing outreach with kids.  So set one of the pics as my profile pic...one I've used many times, and somehow, it ended up on the front page of the website Reddit.  Other than hearing about that site when President Obama hosted a Q and A on it last year, I have never used Reddit before, nor know the rules or etiquette of the site.  Needless to say, I started getting all sorts of emails, and questions from people.  Folks kept asking to "AMA"...and I had to look up what that meant.  It was all rather awkward and uncomfortable.  Thankfully, the attention span of Reddit readers is apparently less than that of 5-year olds as the pics was gone as fast as it was posted.  By now, it's a distant memory.

Can't wait for the weather to warm up so that I can actually enjoy some trail running in those strange things called shorts and t-shirts?