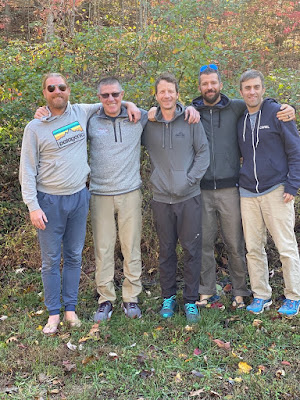 November has come again...and that means I'm another year older. It's hard to believe it was 12 years ago now that I hiked the AT, and almost 10 since the PCT. For the past 6 years now, I have looked forward to November not only as the herald of my favorite time of year, but also because it brings what has become my favorite running weekend of the year. Every November, a group of us former Barkley alumni, all gather in central Virginia for a fun-filled weekend of story telling, barbecuing, running, and all around revelry. The weekend is officially bookended around the Saturday Mountain Masochist Trail Run (50 miler), but really it's just an excuse to meet up. I'm a late addition to this annual tradition, but grateful to now be a regular. Andrew Thompson, Jonathan Basham, and Travis Wildeboer have all been meeting up like this and running the MMTR since 1999, and each now have 20+ finishes. I talked a lot about the MMTR last year. Me...well this year was my 5th (I had to skip 2016 as I was deployed to Antarctica). Travis made a comment this year that he has now been running MMTR for more years than he hasn't (he's 40, and run MMTR 21 times). I have a hard time wrapping my head around that. What was I doing in 1999? Well, I was starting my first job out of college at 22 years old in Cleveland, OH. Seems like a lifetime ago.

This year, JB was going for his 20th finish, so of course we all had to be there. For me, getting to VA this year was tough. I am in the midst of my first 6 months of a new job, and can't afford to take any days off. Part of what makes the MMTR weekend fun, is that it is a long weekend. Most of us generally show up Thursday evening, and don't leave until Monday...giving us some time to unwind and kick back. For me this year, I had slip in late Friday night, run Saturday, and then slip away Sunday afternoon. It was not ideal, and I made the weekend seem almost non-existent. With that said, I am still really happy I was able to make it work, despite the rushed feeling of it all.

Part of what made the weekend this year a bit anxiety-filled, was that the previous weekend, I ran the Javelina Jundred. Now I say "ran", but truthfully, a lot of it was fast hiking. I had planned to use Hardrock as my Western States Qualifier this year, but when it was canceled, I found myself in a real bind. I knew I'd be moving to Arizona, and wouldn't have time to train properly. A friend of mine from Boston, Melissa, told me she was running Javelina, and I agreed to sign up as well. I knew it was in AZ, so might work for a last minute WS qualifier. I also knew I wouldn't get in the training though. Back in 2014, I proved to myself, that with enough determination and base fitness, it is possible to finish a 100-miler and qualify for WS with essentially no training, but I was also 5 years younger then. I honestly wasn't sure with my lack of training, that I'd be able to do it again. Thankfully, Javelina, is a relatively modest course, and I knew if I simply ran the first 40 miles or so, that I could walk-run the remaining 60 and still finish well ahead of the cut-off. I asked Melissa what her time goal was, and she said ~26 to ~27 hours. I asked if she'd mind if I ran with her for a while. Well....we ended up doing the entire 100 together and it was a delight. We finished in 26 and a half hours, right on target with what we were aiming for. Running with Melissa, kept me motivated through my low spots and we both were able to secure that WS qualifier. The irony, is that I have no desire to run WS next year as I will be running Hardrock (assuming it happens of course). I only hope to tick off another year in the WS lottery to accrue more tickets. This is only year 3 for me, so I only have 4 tickets and about a 3-4% chance of selection. 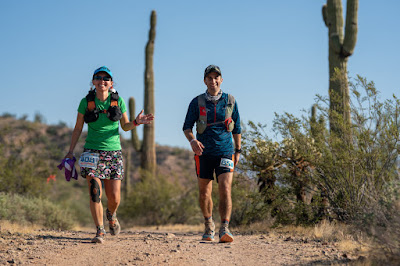 Javelina Jundred and some Cactii 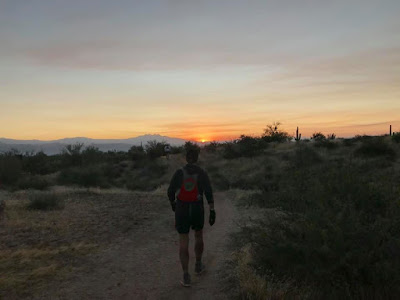 Sunrise on the Javelina Course 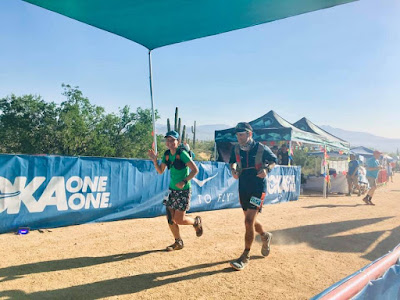 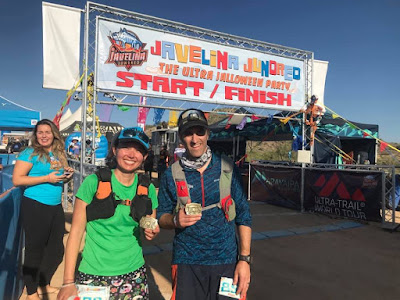 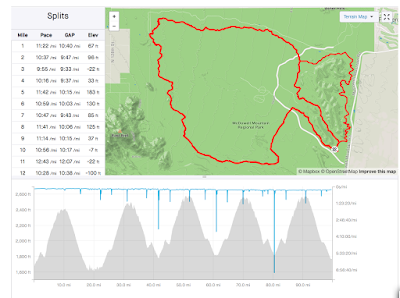 Javelina was a genuinely wonderful experience overall, and I'm glad I was still able to gut out an "untrained" hundred. With all this said though, I was worried that trying to run a 50 miler with 9500 feet of gain one week after Javelina, might give me some major problems. The thing about MMTR, is that we always run it incredibly slowly and casually. We aim for a 12 hour finish each year. That way, we can spend 12 hours chatting it up on the trail and trading stories, without too much effort. The issue is that on a course like MMTR, you honestly have to run a lot. It's a tough course and doesn't allow for much slow walking or standing around at aid stations. If you are going to run it for a 12-hour finish, you have to keep moving and run a significant portion of it.  There's always a point about 35 miles into the race where we all panic for a little bit doing the math to make sure we'll make it in with before the cut-off. This year, that was my job. A few times I had to let the other guys know..."hey, we actually have to run for a bit here if we wanna stay ahead of the cut-offs". Somehow, we always end up finishing around 11:45, so it all works out. I do think though, that as we all get older, that this will become harder and harder to do.

With all this said, it was an incredible, albeit short, weekend. I've been settling into my new job and home in Flagstaff, and enjoying the wonderful trails and roads. I've hiked quite a bit up around Humphreys and through the Aspens when they were at their prime colors. The trails here are very different then on the East Coast. I do find them quite soothing, and I love the Ponderosa Pines, but I'd be lying if I said I didn't miss the peaceful calm of the Vermont woods. When I was in Virginia, I felt incredibly nostalgic running through the woods and the East coast trees. It will take some time for me to feel a new sense of home in Flagstaff, despite it's inherent beauty. I've lived in the North East for over 40 years. I grew up playing in the woods of Upstate New York. Arizona is so very different. 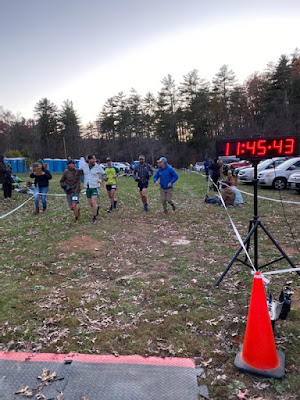 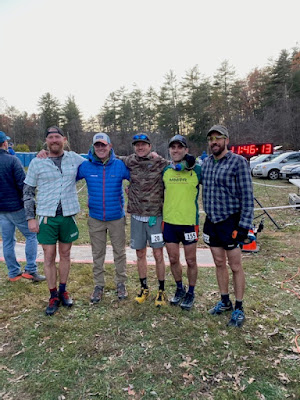 The entire crew at the finish 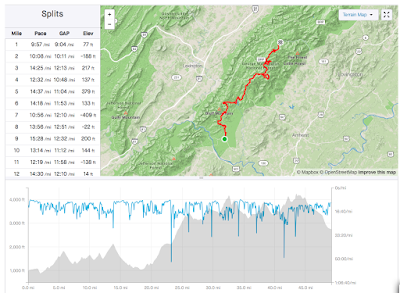 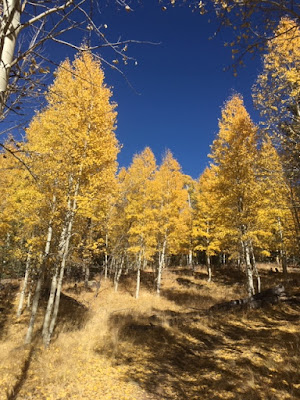 My new training grounds in Flagstaff 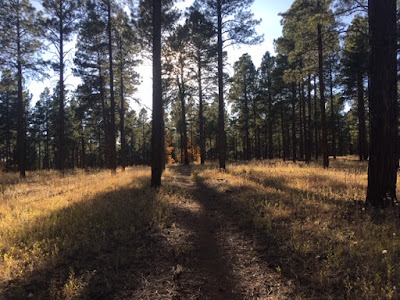 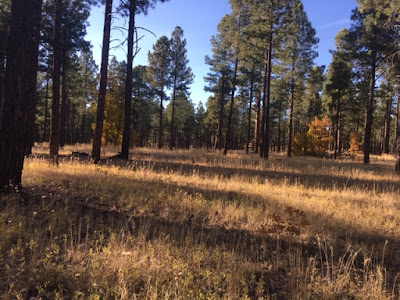 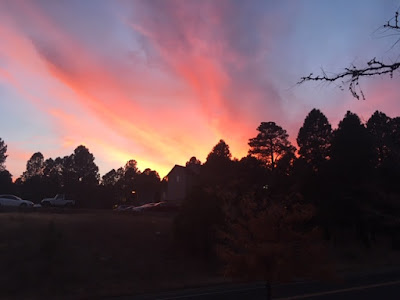 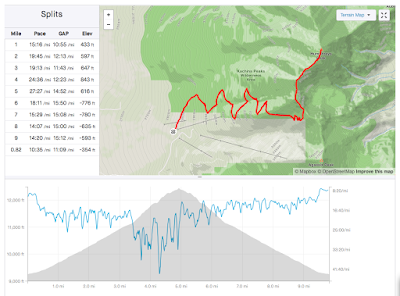 Posted by Lakewood at 1:31 PM No comments: