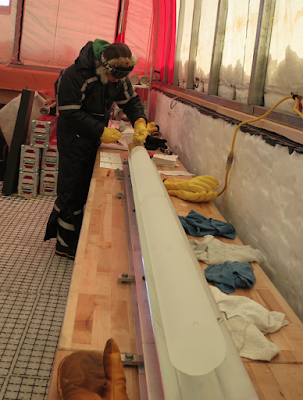 Well, with the government shutdowns averted, and all of my travel officially finalized, I am eager and excited to share the news that I will again be headed to my 2nd home of Antarctica in just a few weeks.  Unlike all of my previous deployments however, this one will be very different in that I will actually be deploying to South Pole Station itself (Amundsen-Scott Station).  In addition, this will be my real first full visit to "East Antarctica" as well (although technically for Polenet, I did spend a few hours at Dufek Massif/Cordiner Peak...which is right on the Trans-Antarctic Mountains).

I have loved every single opportunity that I have had in Antarctica, from my five field seasons at WAIS Divide, to my wonderful and ridiculous 3 weeks hopping around in a Twin Otter for Polenet.  I have been very fortunate to have set foot on many remote and wonderful places around West Antarctica. This season though, this is the one that I've been secretly waiting for...since I was a kid.  For as long as I can remember, I've wanted to be at the South Pole.  I've wanted to stand where every direction is North, and run circles "around the world" in a matter of seconds.  I know that in reality it's just another flat, white place on the continent, but to me, it has always been so much more.  It is the embodiment of the very sentiment now expressed in title of this journal above,

..."I am toremented by an everlasting itch for things remote"

Except for a few other places (i.e. Pole of Inaccessibility), and your specific definition of "remote", the geographic South Pole is the physical manifestation of this idea.  Needless to say, a good part of me is very excited.  And not just for the location, but for the science too.  See here's the thing, I am going down as part of another Ice Coring Project: The SpiceCore project (www.spicecore.org).  I was incredibly lucky to be invited on this project as the pool of eager and qualified applicants was VERY large.  This particular project is only a 2-year drilling campaign, and this is the 2nd (and final) year.  Last year I heard stories and watched as many of my friends posted pictures from the field.  I was definitely envious, but happy that good science was being done.  This past summer, I helped to process the over 550 meters of core that came back from that first season. It was during that processing that I submitted my name as potential candidate for this upcoming season and was eventually asked to participate.  I am incredibly grateful that this year, I will help to process the remaining 700+ meters of core we have yet to drill. 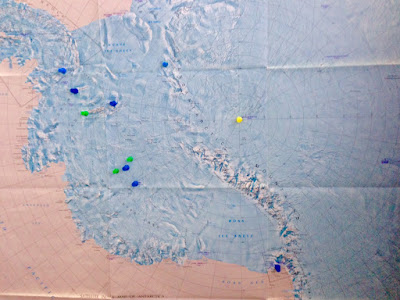 Every pin marks a place I've set foot in Antarctica.  The yellow pin
in the center is where I'm headed this season - South Pole Station.

On the side, I will also be installing another one of my custom temperature sensors in the upper 5 meters of snow, and will be digging and measuring several snow pits.

The downside is of course is that it will be almost 2 long months away from home, in a place MUCH colder than WAIS Divide.  Where at WAIS I could go out for a run with some basic cold-weather gear on, South Pole requires an entire other level of protection.  Average summer temperature at WAIS was about -15C.  At pole it is about -30C.  Still, you better believe I'll be participating in the South Pole Marathon (I already have a new pair of La Sportiva Crossovers that I'm eager to try out!). 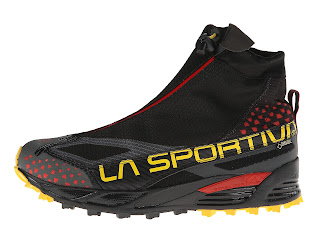 For the past two years I've had a rather lovely hiatus from Antarctic deployments. At first it was a bit hard not deploying, especially when so many of my friends and colleagues were.  But, I came to really appreciate my time at home for the holidays with C.  We had our first real Christmases together, and even got to celebrate New Years.  Twice!. So this year, as excited as I am to finally be fulfilling a lifelong dream, I can't help but be sad as well that I will be away for ~2 months.  Thank god for Satellite Phones.

The field site is very different from WAIS.  The actually drilling setup is incredibly small, and the entire field team is only 8-10 people.  The best part is, unlike WAIS, we don't have to sleep in tents on the ice sheet.  We actually get small rooms at the South Pole Station itself since the drilling site is only a few kilometers away. 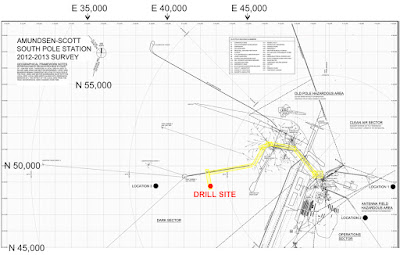 Drill site in reference to the station 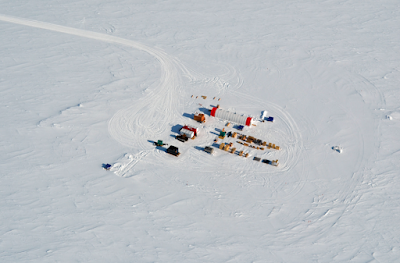 The very-minimal setup and footprint of the drilling camp

Unlike WAIS, I will also have a little bit more access to reliable internet (although still not great).  I hope to post at least a few updates from the field, so stay tuned.  I will be headed out on Dec 7th.

Here are a few more pictures

Panorama of the station 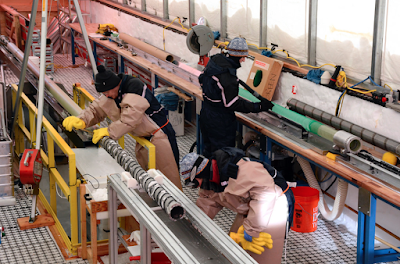 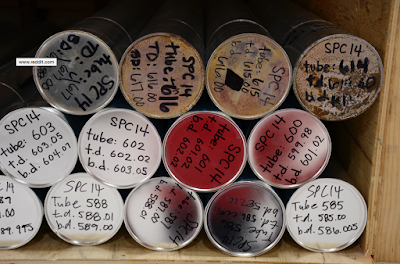 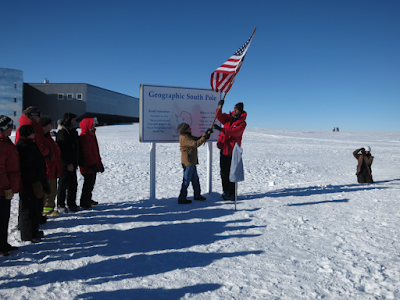 The Geographic South Pole.  I can't wait to run around it!

If anyone reading this wants a postcard from the South Pole, leave a comment or send me an email.  I'll be more than happy to send one along.

Lastly, a fun fact to share.  Provided I spend at least 33 days in Antarctica this season, I will have amassed more than 365 total days on the continent.  In other words, I will have spent an entire year of my life in Antarctica!

....On an unrelated note.  I again had the fantastic opportunity to run David Horton's famous 50 miler again two weeks ago (the Mountain Masochist).  Like last year, I teamed up with some of the other Barkley guys (Travis, Andrew, and JB) and we all had a hell of time goofing off for the entire day.  This event with these friends has already become one of my favorite weekends of the year.  I hope that I can be lucky enough to continue this yearly tradition for as long as possible with these guys. 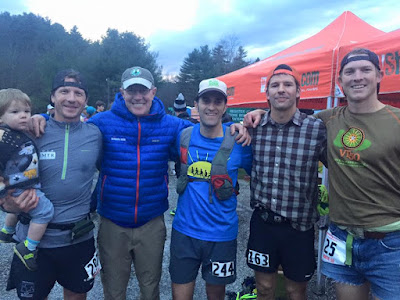 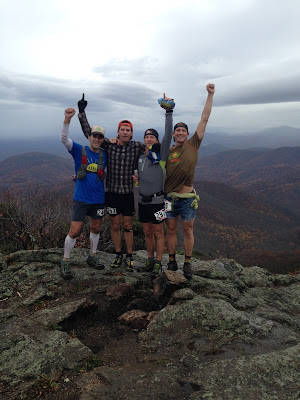 At the summit of Mt. Pleasant during the race (Mile ~36) 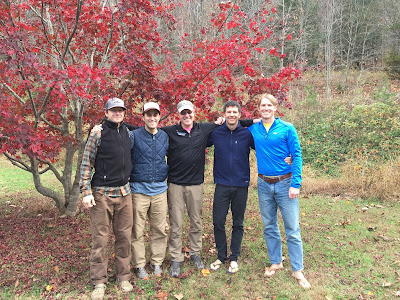 The next day with sore, but happy legs

keep on exploring my friends!

and here's a link for information about the ice coring project...