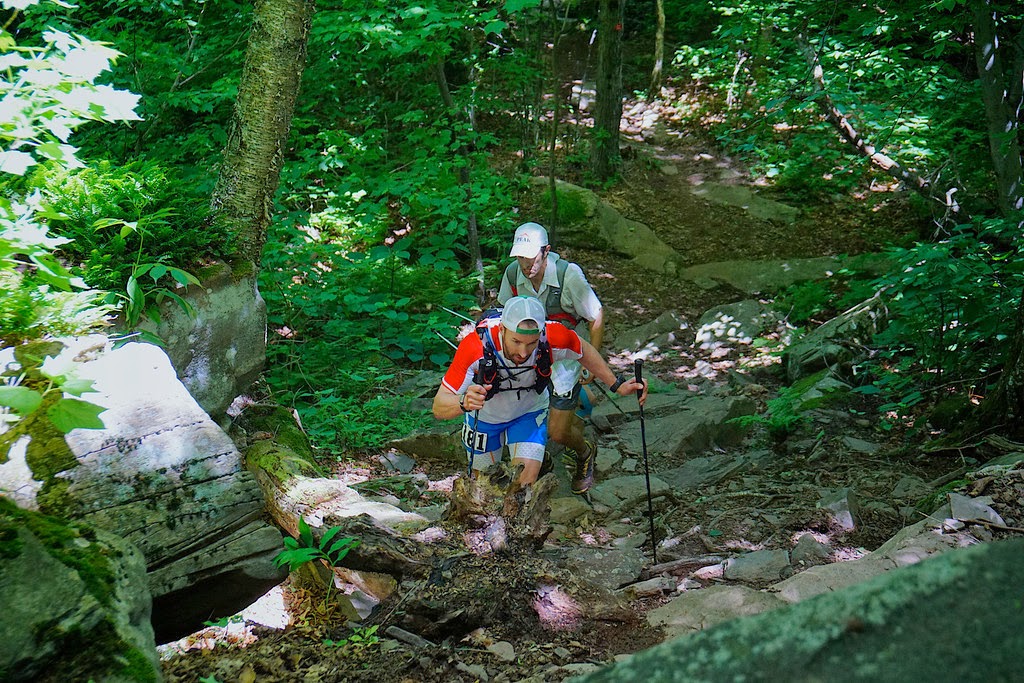 On somewhat of a last-minute whim, I snuck in an application to run a rather new race up the Catskills affectionately titled "Manitou's Revenge".  This race occurs almost entirely along the Catskill Escarpment (also known as Manitou's Wall - hence the name).  I had heard some rumblings about this race last year that it was an absolute monster.  When I looked up the finish times for this ~54 mile beast, I saw that winners were taking 11+ hours to complete the course.  Yikes.  Last year was the first running, but it had already garnered somewhat of a reputation within the small ultrarunning community in my regional area.  Without even going to the event, I had a good feeling of some of the people I'd see running....fellow runners from Rothrock, Hyner, and Oil Creek.  Sure enough, many of these folks were indeed there. 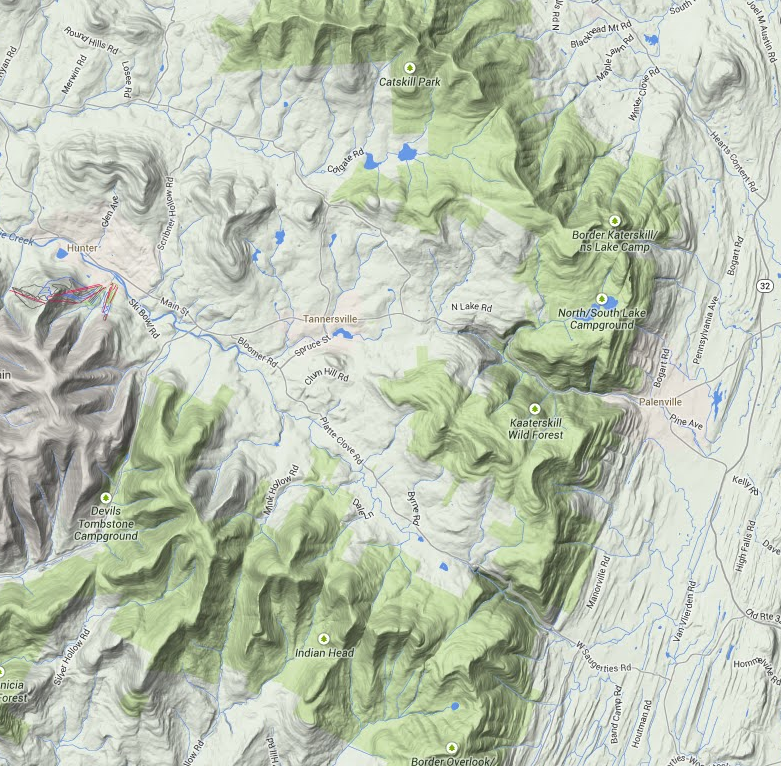 There were two reasons that I decided to run this race...amidst my chaotic thesis-writing schedule.  Everything I read about it told me that it was the exact type of event that I love.  Low-key, no frills, technical, great trails, and very homegrown.  Additionally, I saw some fellow Barkley runners on the entrants list (most notably Jodi Isenor, with whom I ran on-and-off for 3 laps at Barkley this year).

I made the 4+ hour drive up on Friday night before the race and found a super cheap motel in the middle of nowhere.  I zipped over to the finish area in Phoenicia NY and picked up my packet and followed that up with a fantastic dinner with Julian, Jodi, Karine, and a few others.  It was great catching up.  Before it got to be too late, I zipped back to my motel for a good night's sleep (which I didn't get anyway as I was up almost all night trying to get some thesis data to plot correctly...it never ends).  I chatted with David and Ashley Lister on my way out as well and was looking forward to Ashley's attempt at breaking her own course record.

At 3:00 am the following morning I drove back to Phoenicia to board a bus that would carry us all to the start some 25 road miles away.  Once there, they sent us runners off in 5 minute waves so as to keep the trails from getting too congested (which actually worked very well).  I was sent off in the 2nd wave, with Jodi just behind me in the third.  With my lack of proper training as of late, I figured it wouldn't be long for him to make up the 5 minutes and catch up to me.  I ran this race not for any sort of time, or goal other than to try to enjoy some trail time away from my computer and thesis.  The fact that Jodi and Julian were there was just a wonderful added bonus.

The first two miles were an easy road run.  I was confidently pushing out 7:30-8:00 min/miles and laughing with others about how "easy" the course was.  "What hills!" I believe I even said at one point.  Oh but those hills....were most certainly coming.

The real course began at just after mile 2 and I immediately knew what type of day it would be.  The trails were littered with rocks (in a very Rothrock or Hyner PA fashion), making running difficult.  The climbs were brutal....very Maine-Appalachian Trail in style:  Straight up-Straight down, PUDS and MUDS.  Several short climbs over 1000 feet in gain, and one that was about 2400 in total.  One section, along the Devil's Path, had been hyped up over the course of the day by everyone.  I had heard that it was a 8-9 mile stretch that took upwards of 4 hours to get through due to the its technical nature.  How hard could it be right?

Bottom line was the course was ridiculous, but also a lot of fun.  Exactly what I needed.  I could argue that from a technicality perspective, it was certainly on par if not worse than Barkley, but it was still only about 14,000 feet total gain over 54 miles. (just a little more than 1 lap at Barkley in gain).  Some of the climbs were definitely steeper though and required some true level-1 rock-climbing. 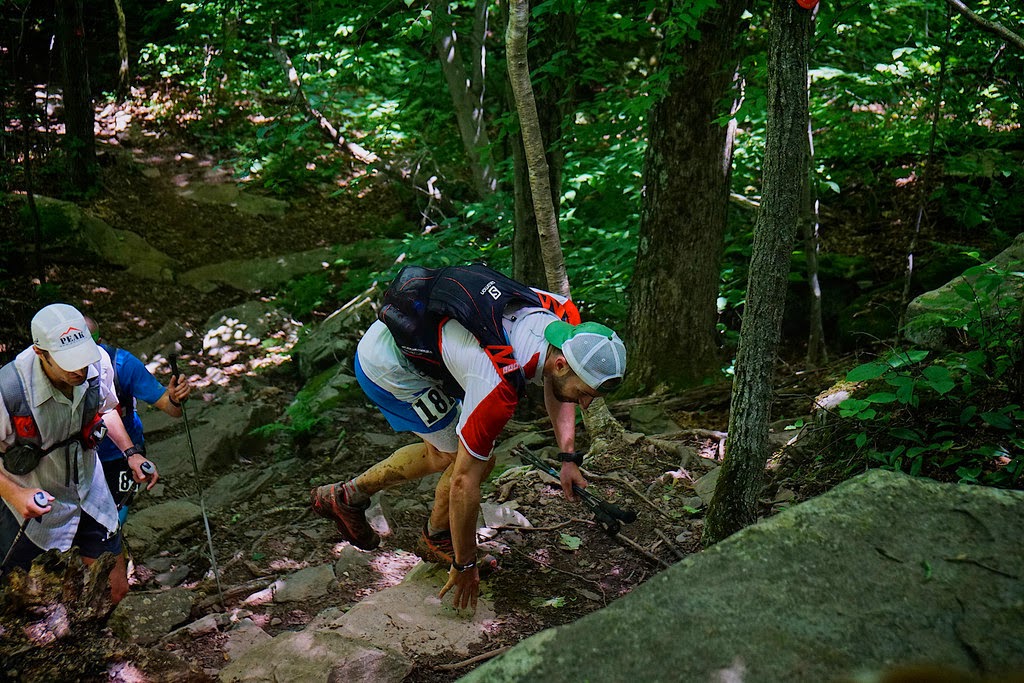 Jodi and I scrambling 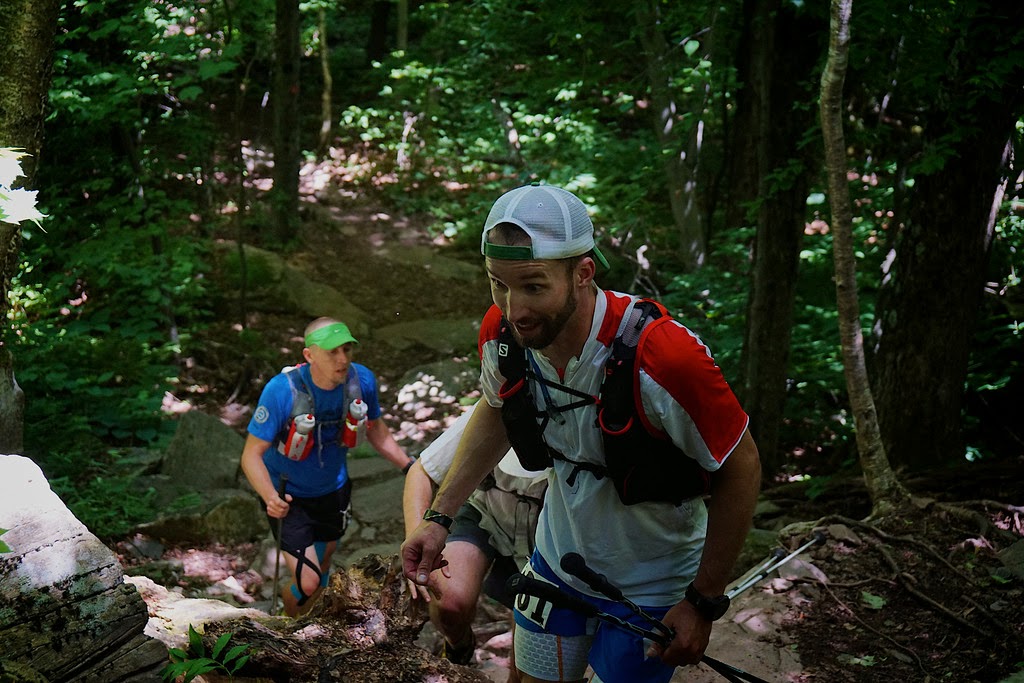 Jodi's look of excitement (or terror?) 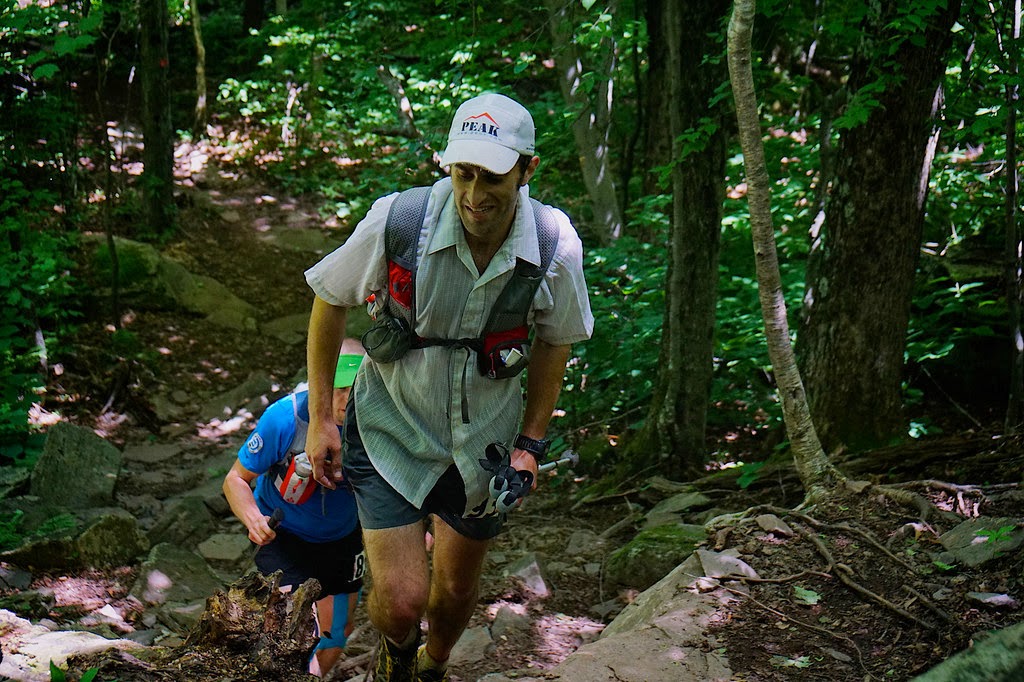 Did I pay for this?

I grew up in New York, but surprisingly didn't really spend any time in the Catskills.  I've heard countless stories about the Escarpment Trail and the surrounding area, and I was certainly not disappointed.  This race was a true butt-kicker, that had to be earned.  I faired mostly ok throughout the day, with some usual ups-and-downs, but definitely hit a low during the infamous Devil's Path bit.  I was passed by about 5 people in this stretch.  What made it all ok though was that by this time Jodi had caught up to me and we managed to run about 12 miles together.  A complete blast.

Lots of slow-going sections and it could have been easy to get discouraged.  I refused to let it get me down though and just enjoyed my day without ever rushing.  I took long breaks at aid stations, chatted and laughed at length with volunteers and didn't push too hard on the ups or downs.  I ran when I could, and kept it mostly steady.  At mile 48 or so, I hit a major river crossing (requiring a ford), and it was about that time that I was ready for that finish line.  Unfortunately one of the most annoying climbs up Mt. Tremper was right after.  It was a slow climb up that beasty and the firetower aid station (the last aid station) was a welcome sight.  I had planned on sitting for a while there, but when the volunteers told me it was only 4 more miles of downhill to the finish, I took off and ran hard the 3 miles all the way down to the road.  The last mile was along the highway and wasn't entirely fun, but I was still smiling knowing that I was near the finish.

All day people had been saying that the real test of a good day at Manitou's was whether or not you could finish with the sun still up (and without a headlamp).  As I came up to the finish-line chute, I looked up at the nearby mountain off to the west and watched just as the sun was dropping down below the ridgeline.  It felt good to finish with that sun still just barely up and eat some well-deserved food (the post race food spread was incredible!).

So, I know this wasn't the most detailed report, but I just wanted to get some thoughts down.  This race definitely lives up to its reputation.  It is one tough monster.  The winner came in just under 11 hours (this from a guy who runs sub 7-hour 50-milers).  I could go on, but I feel pictures convey the course better than words.... 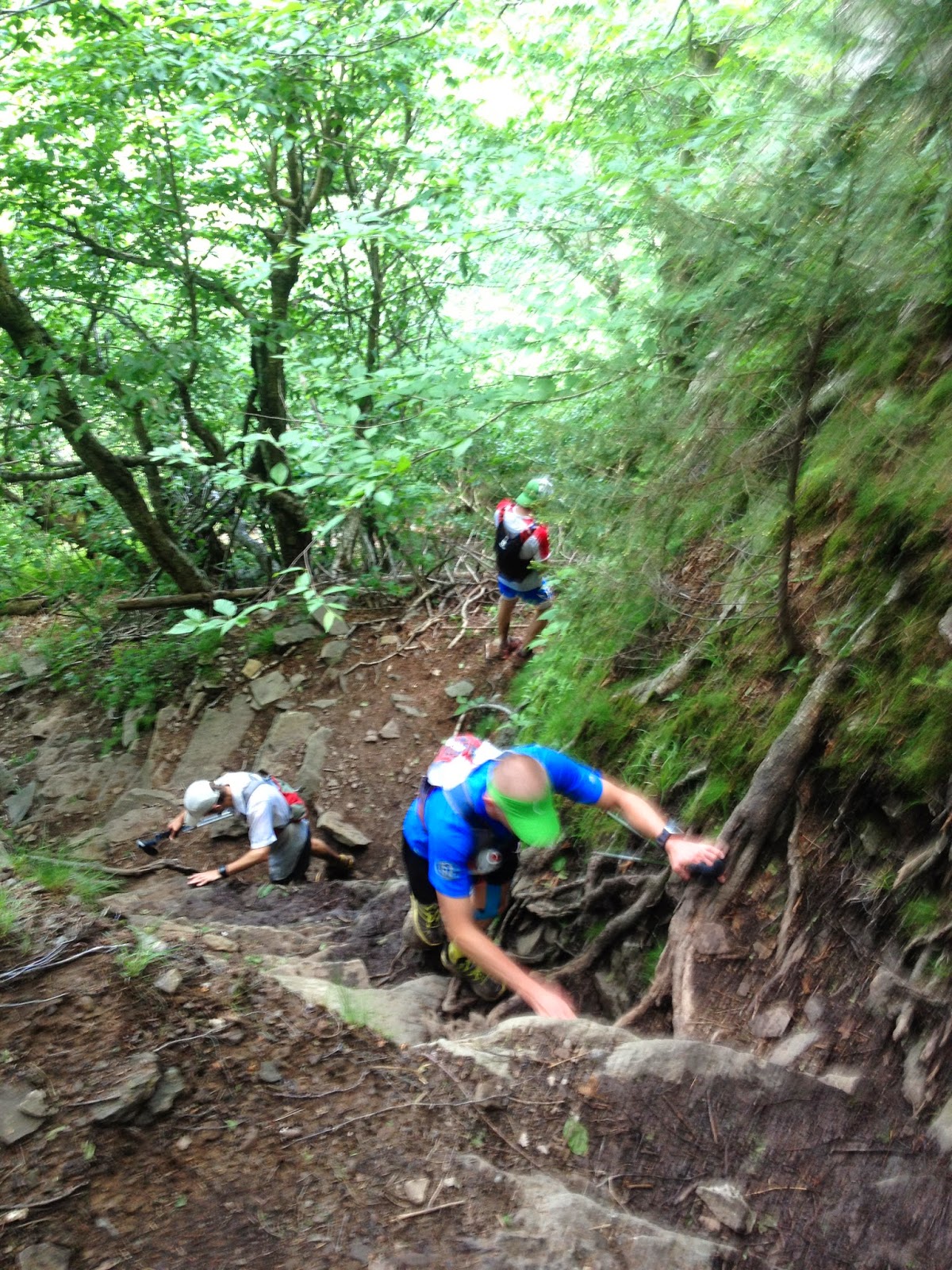 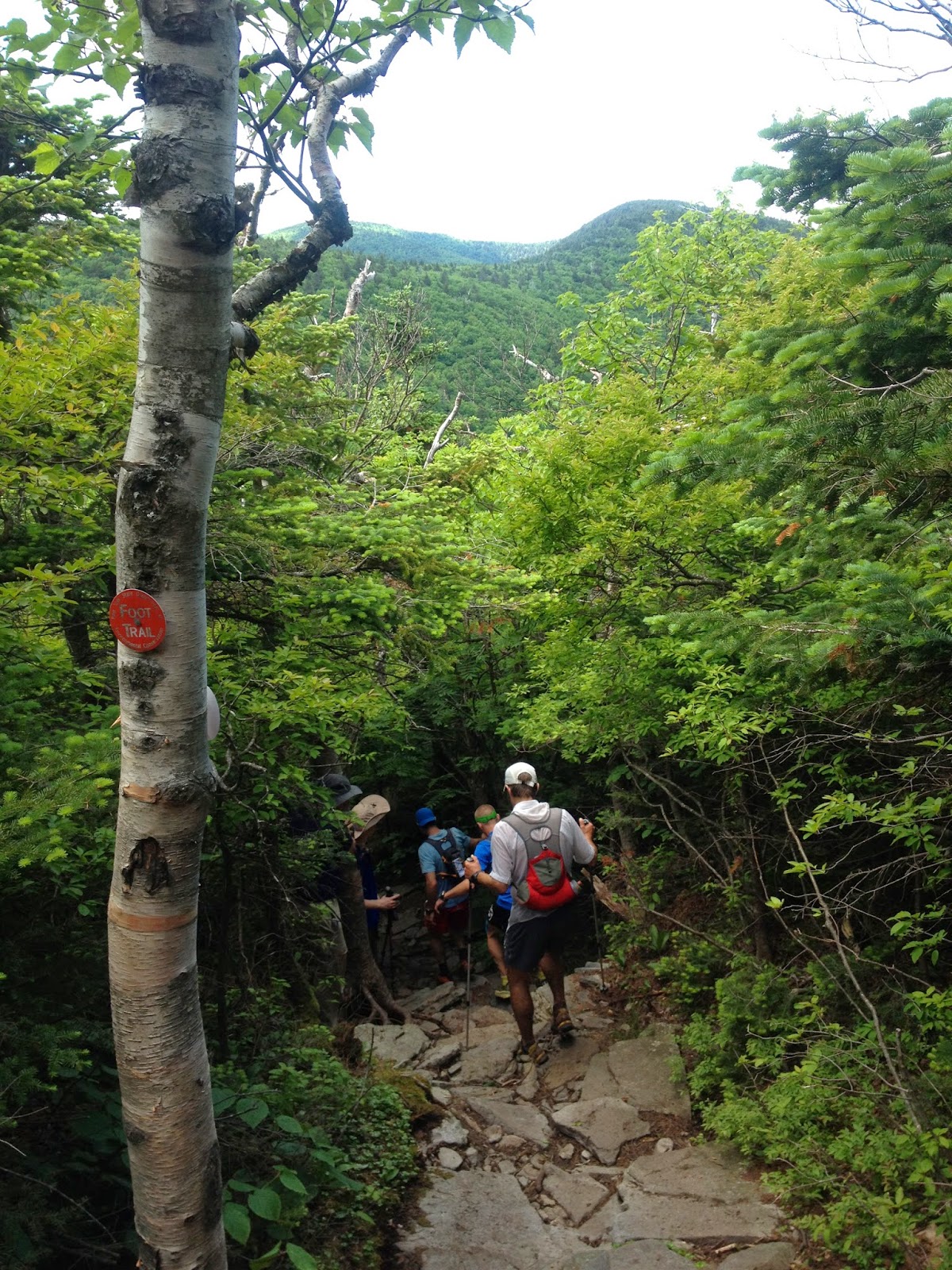 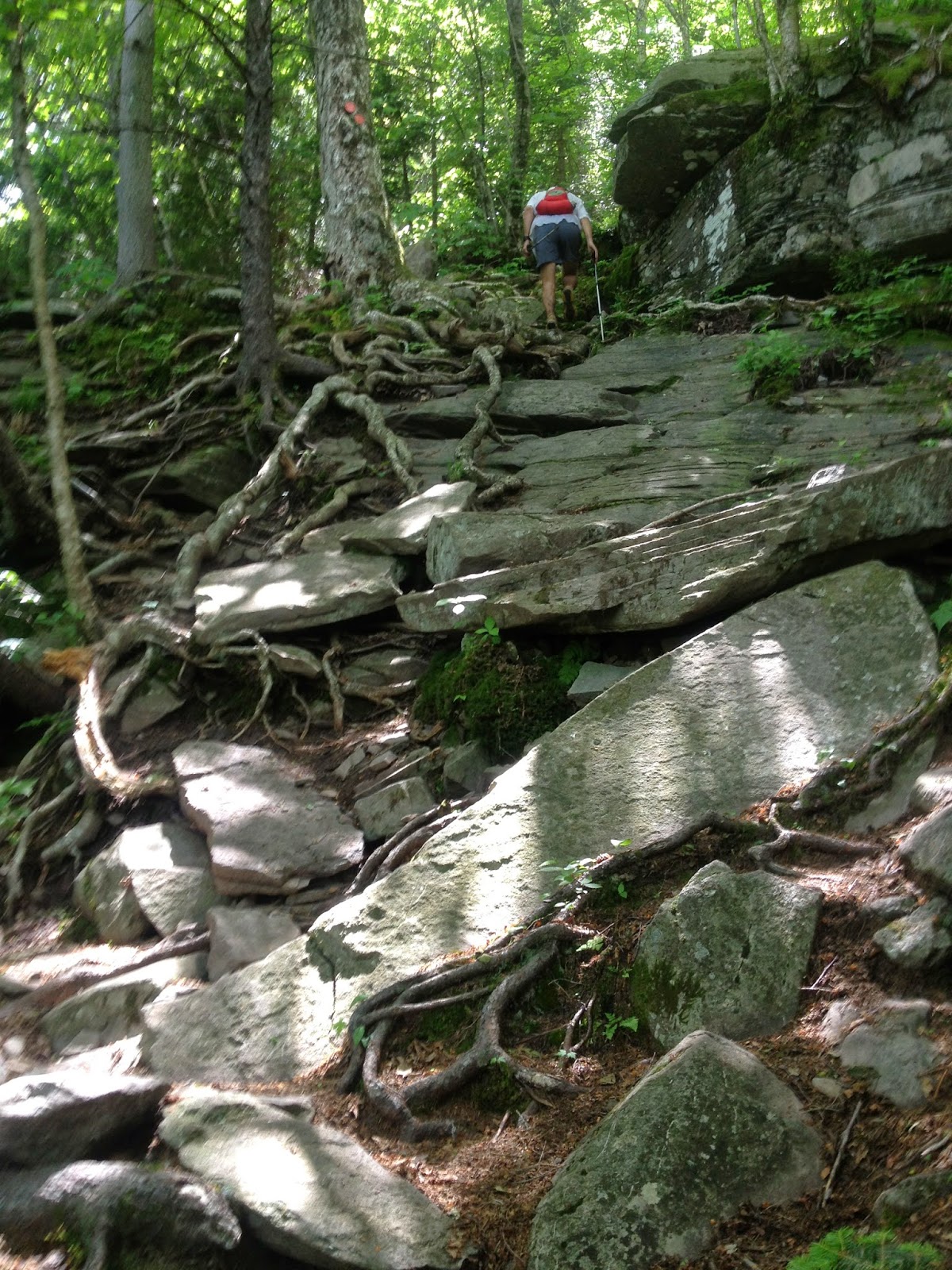 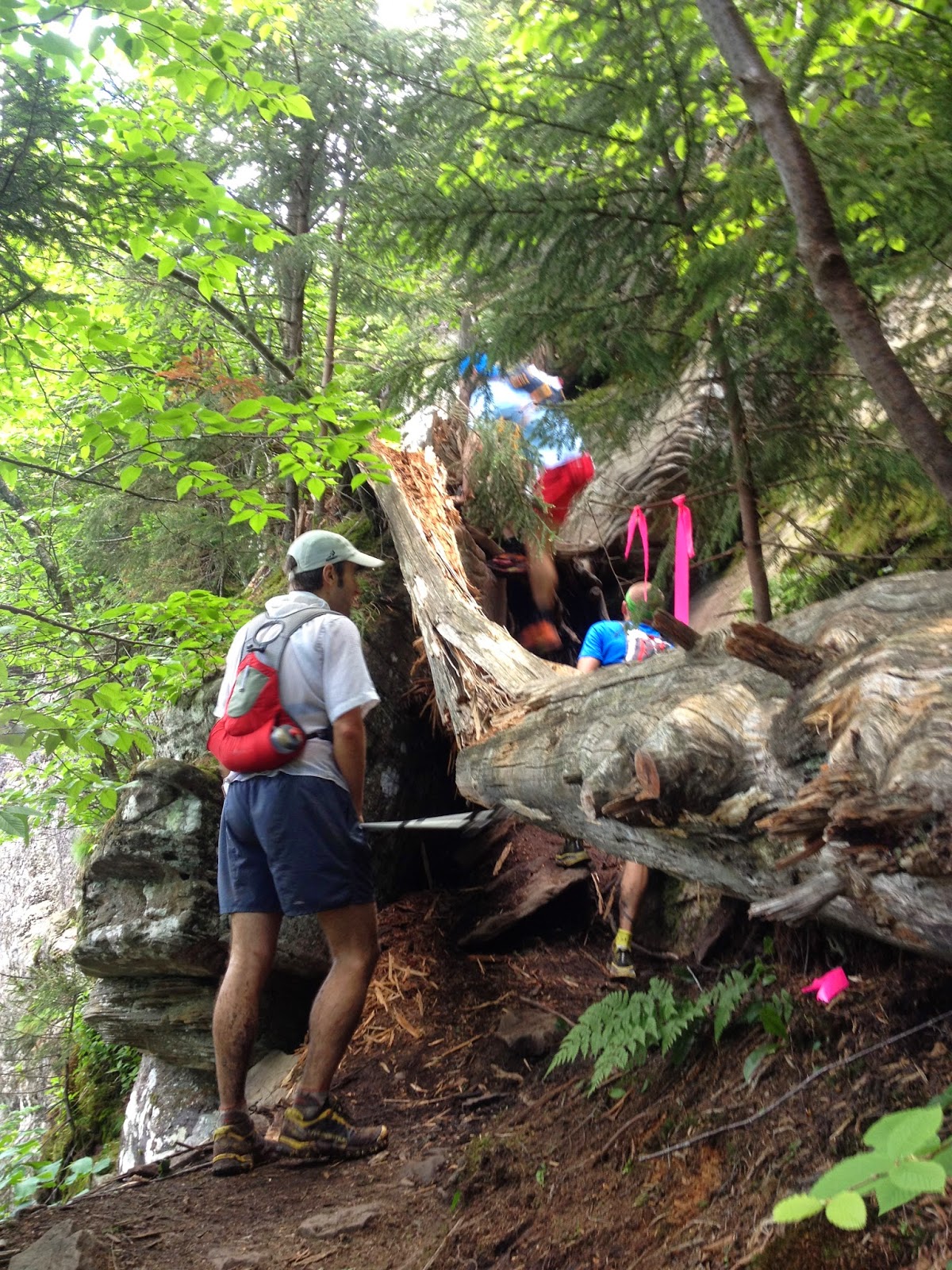 Can't forget the blowdowns too...those were fun to navigate 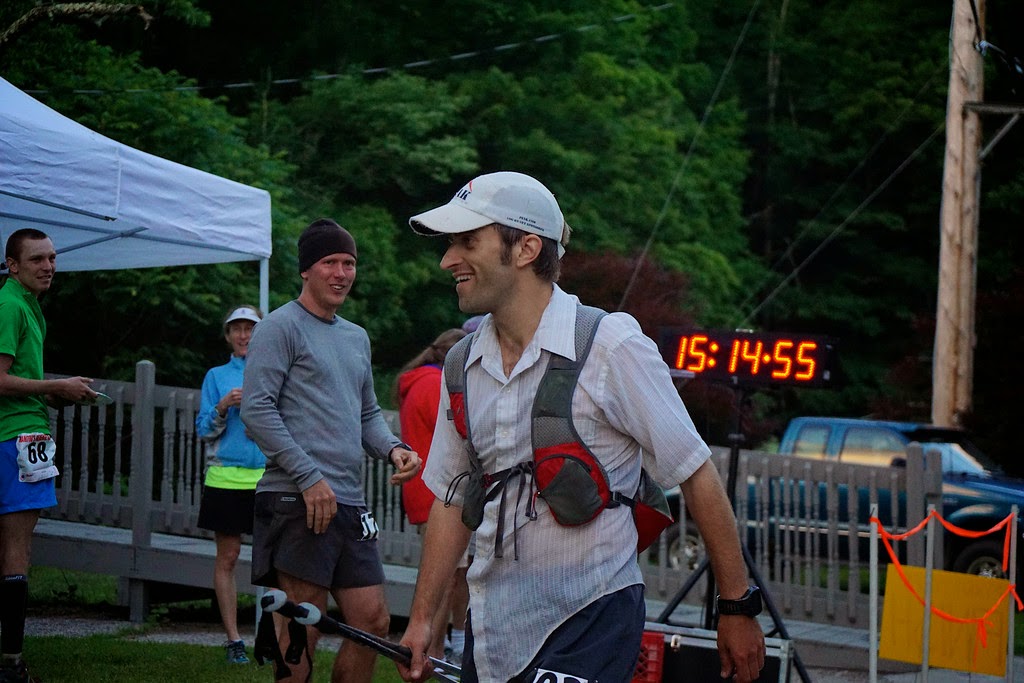 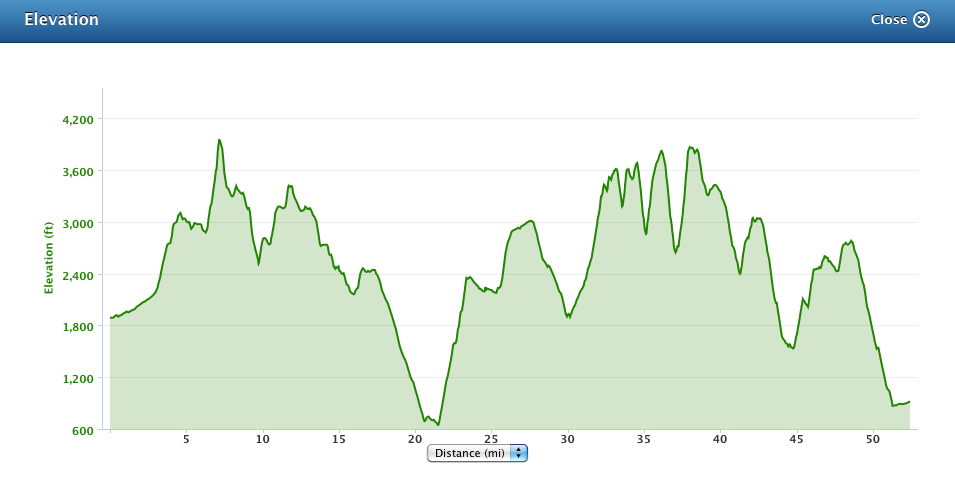 happy trails and hike on