To be an Explorer... 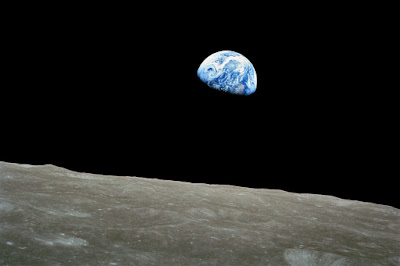 There are those among us who know from a very young age what is they want to do with their life, what their passion is, and what they want to be "when they grow up". These people know it with such a fierceness, that I've always been incapable of truly understanding. I've so often found myself envious of those like this...those that "just know" where their heart lies.

For me, my life has always been about a mix of positive experiences...always seeming to move on from one thing to another, liking many things, but never truly finding that "one thing". As a young child I fell in love with the sciences and have always gravitated towards them. I wanted to be a entomologist when I was in grade school and I even kept mounted insect specimens that I would proudly display to horrified friends. Later on in High School I thought I wanted to be a Chemical Engineer until I realized how much I disliked working in a chemistry lab. I found a lot of curiosity within myself towards both the Earth Sciences and Cosmological sciences...thinking I'd go to college to major in either Astronomy or Geology (of some kind), but ultimately decided something more career-oriented was more appropriate, so chose Computer Engineering. After years of working that field I began gravitating back towards the Earth Sciences and decided to apply for Graduate School to study the Geosciences. What I didn't realize at the time though was that what really drew me into the Geosciences was the thought of exploring and doing field work. That thought, more than any other, is what stirred the fire in me.

It wasn't until multiple deployments to Antarctica, and many adventures to odd places around the world that I finally realized what it is that my heart is drawn to....Exploring. I think back to all of those days as a young child studying maps in my living room.  I am an explorer through and through, and nothing feeds my soul greater than seeking out new places. Just thinking back to my trip up to Nunavut, or my bush-wacking hike to the North American Pole of Inaccessibility gets that sparkle in my eyes a' twinklin'.

These thoughts have been weighing very heavy on my mind the past week.

Today I finally got my official rejection letter from NASA informing me that I was not selected for the Astronaut Candidate program despite being a qualified candidate. This is the fourth time I've received such a letter.  You see....in all my years of trying to find my path, one thing has remained constant, I've always applied to the Astronaut Candidate calls put out by NASA.

The letter read in part,

Thank you for applying for the Astronaut Candidate Program.

NASA received a record-breaking number of applications (over 18,000) for this round of astronaut candidate selections. This extremely large number of applicants made the selection process a very difficult one. Last week, NASA selected 12 individuals from among the thousands of aspiring astronauts with the potential to make a contribution to the nation's space program.

We appreciate the opportunity to consider you for the Astronaut Candidate Program, as well as your interest in the work that we do here at NASA. We hope you continue to be a space enthusiast and perhaps even help us spread your enthusiasm to others. Below are some resources on ways to follow along with or even get involved in NASA's continuing exploration efforts.

I knew this letter was coming as I was not selected for a final interview and NASA had already announced their selection class...but it still always is a bit hard to see it in print. While I've only come to truly and fully understand recently that exploring has been my implicit passion for my entire life, I now know that it has in fact been my lifelong dream to explore beyond the surface of this planet since my youngest days that I can remember.

Since submitting my first application as an eager undergraduate student, I have made every effort to better myself and make myself a stronger candidate for the program in hopes that I'd make the initial cuts for an interview (at the very least). I've focused on areas that I knew would benefit not only myself, but my ability to be a valuable asset to the program.

-  When I first applied, I was a mere college student. I had nothing really to tout about myself other than my youth, and my good grades throughout high school. I talked about my SAT and PSAT scores...as well as my Honor Society and National Merit Finalist recognition. I talked about my acceptance into top schools and now my subsequent full academic scholarship to a top notch Science and Engineering School. I talked about my first year on the Dean's High Honors and my love of both Astronomy and Engineering. As expected, I did not receive an interview with NASA.

- For my second application, I was now a college graduate. I talked about my experience throughout college, and proudly stamped my application with my "Bachelor of Engineering in Computer Engineering". During my college years I spent two full summers working internships at NASA Lewis Research Center working on computer code used to test ceramics for a Mars mission. I felt like I'd contributed in some small way to the greater good of humankind and the NASA missions (and mission statements). I knew my chances were slim, but still, I applied hopeful. As expected, I again did not receive an interview.

- Fast forward several years. I had been working in an IT environment for a while, having built entire server farms and parts of the network infrastructure for a large hospital. On the side I began taking classes again at a local community college. I also spent 2 full years taking flying lessons earning my private pilot license. I even went so far as to complete all of the Instrument and Commercial instruction as well.  I had over 150 hours of pilot-in-command time, and was licensed to fly. I knew that having a pilot's license was a huge boost to any NASA application.  A few years later, I quit my job and decided it was time for some life experience. I thru-hiked the Appalachian Trail from end to end and was accepted to go back to graduate school to study Geoscience.  I had proved to myself that I could handle adversity, hardship, and subject myself to grueling physical testing.  When the next round of Astronaut applications were called, I had just finished my Masters Degree and spent 2 full field seasons in Antarctica. I was excited that for the first time, I might actually be "qualified" to apply to be an Astronaut...in earnest. I was educated, could fly, had life experience, and mostly, had a passion for exploration and working in remote and difficult environments.  After months of waiting, I finally got the letter thanking me for my application, but declining to interview me. I could have been deflated, but I instead I took it as a challenge to better myself even more...

- Fast forward to 2016. I had now spent 7 full field seasons in Antarctica, had become a rather active endurance athlete (admittedly amateur), and most importantly, finished my PhD. Now I was a real doctor in a science that would be of interest to future Astronaut classes for possible missions to Mars. People want to study the geology (and in my case the polar ice caps) of Mars. While in graduate school I was even accepted to participate in a Mars Simulation in the Canadian Arctic (see here: Penn State Student Mars Simulation), but sadly never went as the program was canceled before I could go. After graduate school, I began work in a Federal Lab, establishing myself as a GS Federal Employee (coincidentally of the same grade an astronaut comes in at). I had passed all the federal background checks and was already serving as a Civil Servant. I also was appointed as an Adjunct Assistant Professor at Boston University and given the opportunity to teach a 300-level undergraduate class. In addition, I strived to participate in as many outreach activities as I could, going to several classrooms of eager middle-schoolers...and talking all things climate science. I had even had a few of my papers published in peer-reviewed science journals as well. I really thought that this time, I would actually get the call to at least interview. I knew my age would be a big factor however as a 39-year old applicant is less than ideal. I also knew, that this might be my last chance at realistically applying. I'm not sure how attractive a 43 or 44-year old applicant would be a few years from now.  A few weeks after I applying I saw that over 18,000 applicants applied, and I knew my odds would be miniscule. I began hearing of many of my friends and acquaintances actually getting to the interview stage and I was so genuinely excited for them. As the months went by I knew my hopes of being called had all but faded however. Today I received the email and it was certainly emotional.

I heard a story on NPR about one of the early astronauts applying something like 11 times before getting the job...so as always, I take this email today as a challenge. How might I better myself to be a better person and a better candidate. All I can do is to keep exploring, keep learning, keep striving to chase my curiosities and hope that one day I'll get that call.

There is a silver lining to all of this.  During my 2nd field season in Antarctica at the WAIS Divide Field camp (2009-2010) I came to know one of the ice core drillers....Robb Kulin. I remember that at the end of the season, he busted out a full tuxedo that he had carried all the way from the US with him, just to wear in Antarctica. On New Years Eve, Robb wore the tux and marshaled in a loaded LC-130 aircraft. It was a spectacular sight to behold. Last week, Robb was named as one of the new class of 12 NASA Astronauts. I'm so super excited for you Robb and I can't wait to read your stories. They could not have picked a better candidate to represent us all. Now get out there and explore for all of us! 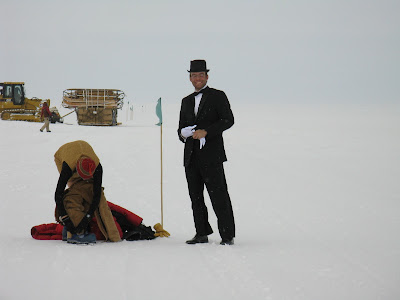 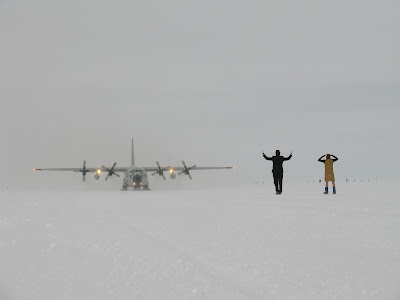 Robb bringing in the Herc 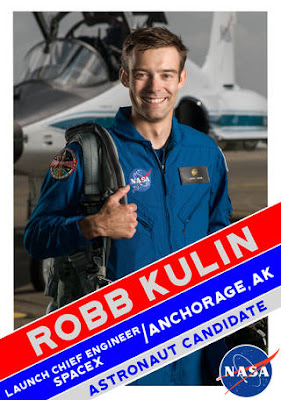 So I ask all of you to never stop exploring...as one day, you might get that call.

Now get out there...

Well, you made me cry with this one.

Simply Amazing ! Keep going buddy ! You will see space one day ! With a drive like yours ! Im certain!

This was such a touching read. You are a real inspiration to those looking for adventure and I hope you reach space sometime soon, you deserve it.